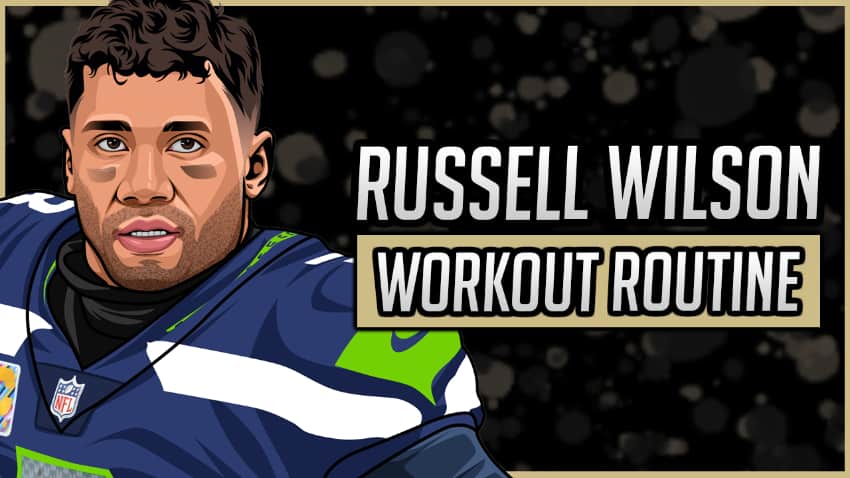 Russell Wilson is an American football player who plays for the Seattle Seahawks of the NFL. He has played college football for the University of Wisconsin.

Wilson has also played minor league baseball in his early years. He was selected by the Seahawks in 2012. He has been named to seven Pro Bowls and he holds multiple records for most wins by an NFL quarterback.

When it’s off-season, he lifts 4 days each week and performs a split between speed and strength. Wilson likes to change things up by doing a combination of TRX and core exercises.

Wilson requires workout that matching with his quarterback routine and sometimes he let his coach help him with his workout routines.

Russell Wilson’s workout regime has helped him to gain more than 8 pounds in the spring before he won his first Superbowl.

He normally hits the gym around 5 days a week and he also focuses on eating healthy and organic food to stay in his best shape.

On Tuesday, Wilson performs 7 different exercises with an average of 3 sets.

On Friday, Russell Wilson hits a total of 4 different exercises with an average of 3 sets.

2. Staggered Dumbbell Romanian Deadlift (3 sets, 5 reps on each side)

3. Incline Alternating Dumbbell Press (3 sets, 8 reps on each side)

On Saturday, he performs a total of 11 different exercises.

Russell Wilson eats around 8-9 meals a day and he has tried to avoid gluten and dairy products.

He has increased his calorie intake from 2,700 to 4,800 and he also makes sure that he drinks plenty of water each day.

When Russell Wilson played high school football he was named the ‘Player of the Year’ twice.

He was drafted in 2012 and has since then been known as one of the best NFL players in history. Don’t forget to share this article with your friends and family.

What do you think about Russell Wilson’s workout routine and diet? Leave a comment below.