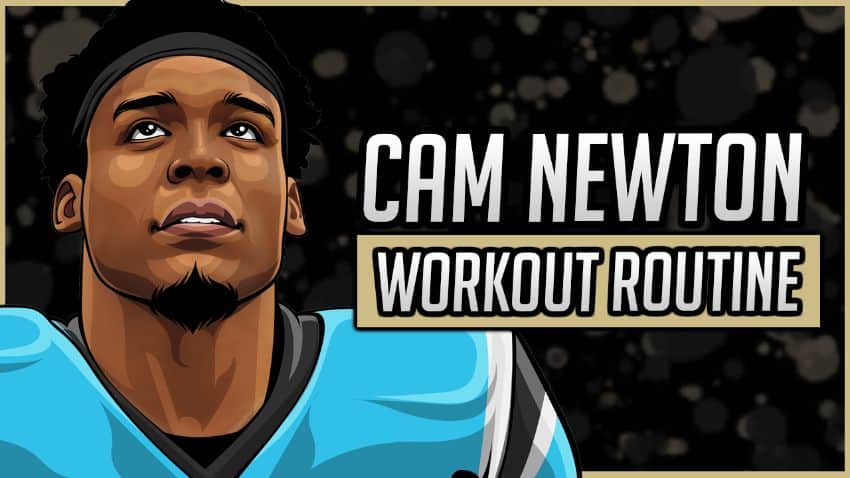 Cam Newton is an American football quarterback in the NFL. After he began his college football career he won the Bowl Champion Series National Championship and the Heisman Trophy.

In 2011, Newton was drafted by the Carolina Panthers. He has inspired many with his amazing body and his great physique.

He was the first player in the NFL history with 30 passing touchdowns and 10 rushing touchdowns in one single season. Newton has helped Carolina Panthers to set multiple team records throughout his career.


When Cam Newton prepares for his upcoming season he focuses on a lot of core circuits, light conditioning, flexibility training, and movements that enhance mobility.

Newton is known for being a warrior on the field and his only focus is on winning games rather than personal honors.

Cam Newton’s workout regime is focused on building up his core and muscle mass. When he hits his exercises he usually uses one arm or leg at a time.

Newton barely touches a barbell and this is because he rather focuses on core strength and rotational ability.

On this core routine, he hits 5 different exercises. Cam Newton’s core routine is made by Carolina Panthers coaches Jason Benguche and Joe Kenn.

Cam Newton has been vegan since 2019 and he started a meat-free diet to help his body from getting injuries.

He used to be a pescatarian, avoiding red meat but still eating shrimp, fish, and other animal products.

Cam Newton is the star for the New England Patriots.

Newton is a big influence and when it comes to his diet he has proven that you don’t need to eat meat to stay in incredibly good shape.

Don’t forget to share this article with your loved ones.

What do you think about Cam Newton’s workout routine and diet? Leave a comment below.