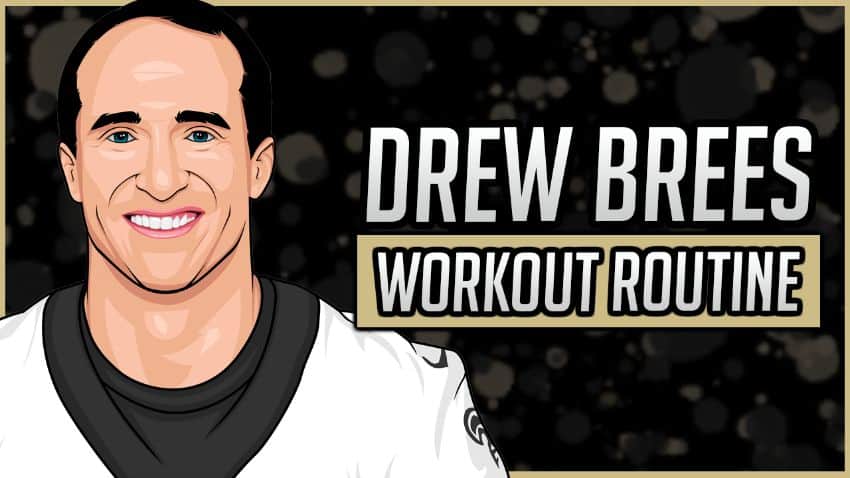 Drew Brees is an American football quarterback for the New Orleans Saints of the NFL. Brees’ has remained as one of the Big Ten record-holder in multiple passing categories.

Drew Brees normally hits 53 reps of different core exercises each day. For a long time, Brees has completed a number of reps and throw for the day that could be divided by nine, as his jersey number.

When it comes to his diet, he likes to eat a lot of fruit and different vegetables for most of his meals. Drew Brees’ workout regime was created by his trainer Todd Durkin. His trainer is best known for the Impact Workout and for grueling workouts.

Alongside his trainer, they have developed a workout routine that would not only work for Drew Brees’ injuries but also improve his throwing ability and athleticism.

On Wednesday and Saturday, he hits different abs and TRX exercises.

Drew Brees’ loves to eat a lot of veggies and fruits as well as lean proteins such as fish and grilled chicken.

He likes to use many different soy-based products such as soy yogurt and soy milk.

Drew Brees is an established quarterback for the NFL’s New Orleans Saints.

Brees has been awarded multiple titles such as ‘Academic All-American Player of the Year’, ‘NFL’s Comeback Player of 2004’, and ‘Sportsman of the Year’.

Don’t forget to share this article with your loved ones.

What do you think about Drew Brees’ workout routine and diet? Leave a comment below.