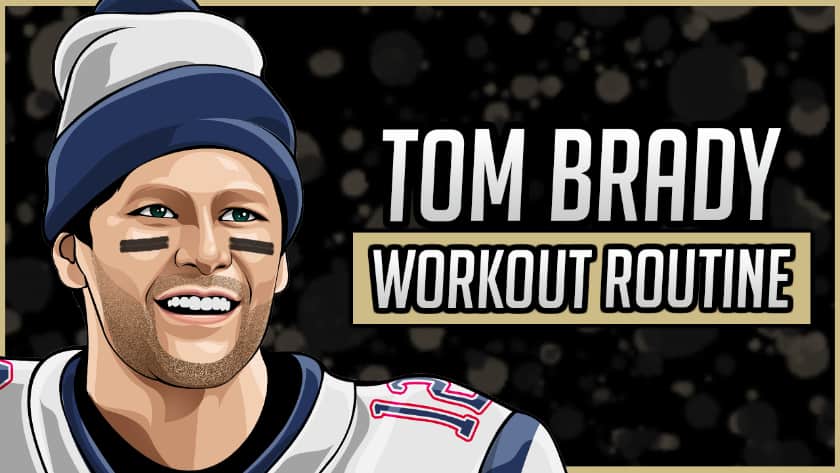 Tom Brady is a quarterback for the New England Patriots of the NFL. Brady has won several awards such as six Super Bowl championships, three NFL MVPs, and four Super Bowl MVPs.

He is considered to be one of the best quarterbacks of all time. At age 41, he had managed to stay as quick and explosive as he was when he started.

Tom Brady is following a workout program that is named “The TB12” method. The method is unique compared to a traditional training routine.

Brady founded the method alongside Alex Guerrero and their program has made its way from the football field into Boston’s Back Bay neighborhood. This method can be followed up on a mobile app, and there are over 400 exercises in the method. Tom Brady mainly focuses on his muscle ability, and he follows a training routine called the “TB12 Method”. The workout program helps Brady to keep his muscle soft, flexible and active,

Brady does not bench press or squat, and he incorporates equipment such as resistance bands, massage balls, and vibrating foam rollers. Aside from working on his muscle mass he also works with his brain by doing visual and auditory processing as well as mindfulness.

Tom Brady includes the following workouts in his daily routine by doing a total of 7 different exercises.

Tom Brady only eats organic, local, and plant-based. In the morning of his days, he begins with a fruit smoothie and then a protein shake after a workout.

]He avoids alcohol as well as pasta, gluten brad, and breakfast cereal. Some vegetables and fruits are also off-limit, he doesn’t eat tomatoes, eggplants, and peppers.

Brady also restricts food combinations and mix of proteins and carbs. When he consumes fruits he made sure he drinks a lot of water while he’s eating.

Tom Brady is regarded to be one of the best NFL players in the world.

Brady is known for using “The TB12 Method” which focuses on “pliability” or adding flexibility to our muscles through a series of different workouts with resistance bands.

What do you think about Tom Brady’s workout routine and diet? Leave a comment below.