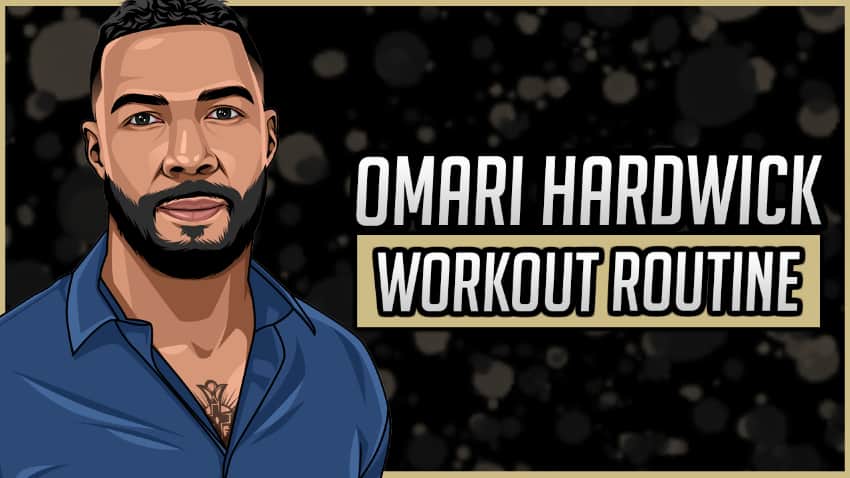 Omari Hardwick is an American actor, rapper, and podcaster who is best known for his roles in ‘The A-Team’, ‘Kick-Ass’, ‘Starz’s Power’. Hardwick is a huge fan platform on social media.

He has always been a fan of playing different sports and art. When he was younger he began writing poetry and when he went to high school he played football, baseball, and basketball.

Hardwick became a founding member of Plan B Inc. in 2010. Theater Group. He also co-founded Actor’s Lounge at the Los Angeles Greenway Theater and Bravelife Films.

The following year, Hardwick received his best film reviews to date for his role as Troy in the movie ‘I Will Follow’. He has starred on an episode of NBC’s ‘Chase’ as Chris Novak, a hard-luck criminal facing prison.

Omari Hardwick likes to change up his workout routine regularly to maintain his best shape possible. Muscle confusion makes his muscles work harder. To keep his abs ripped, he performs a core routine every week including isometric exercises.

Hardwick focuses on high-intensity training 5 times a week. He enjoys doing yoga twice a week for flexibility, but he also boxes regularly. He trains at least 4 days a week or more, depending on the rest of his schedule.

Omari Hardwick stated: “I come from the world of football, so we sort of superset our chest workout with these. You bring your elbows in, make sure everything stays tight. Shoulders in, elbows in, and straight up. Sometimes you want to go slow on the drop and explode at the top.”

When Hardwick hits his HIIT It routine he performs high-intensity training and he does this at least 5 times a week.

By performing a lot of stretching it keeps his muscles flexible, healthy, and he needs that flexibility to maintain a range of motion in the joints.

Omari Hardwick likes to stick to a clean diet and for breakfast, he normally eats oatmeal and eggs. He drinks a lot of water each day.

He eats a huge amount of animal protein such as poultry and fatty fish, along with plenty of vegetables and fruit, but he doesn’t restrict his carbs and will often have pasta for lunch and potatoes with dinner.

When he eats lunch he normally eats pasta or turkey meat. Sometimes he likes to eat steamed vegetables or a mixed salad with avocado and fruit for lunch.

Omari Hardwick has always been interested in sports since he was a kid and since he became an actor he began hitting the gym as well for his movie roles. He has millions of followers on his social media and he is a true fitness inspiration.

Hardwick won a football scholarship for the University of Georgia, and continued to pursue his dream of becoming an actor. After he declared himself for the NFL he paid for acting classes. He began to find parts on television and film.

In 2010, he became a founding member of Plan B Inc. and the Theater Group. He is also the co-founder of the Actor’s Lounge at the LA Greenway Theater. He has a production company called Bravelife Films. As of today, he has millions of followers on Instagram.

What do you think about Omari Hardwick’s workout routine and diet? Leave a comment below.