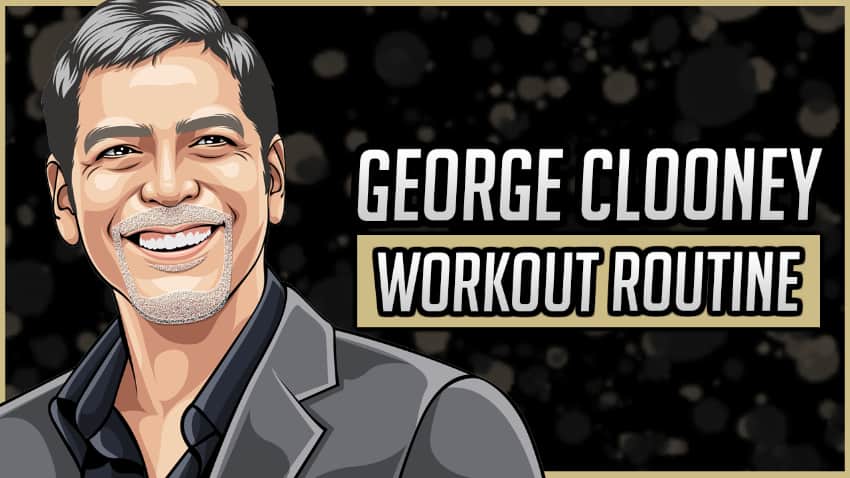 George Clooney is an American actor, producer, screenwriter, and film director who is the recipient of awards such as the Golden Globe Awards and Academy Awards.

He was born 6th of May, 1961, in Kentucky. His mother was a councilwoman and his father is a former anchorman. Clooney is of German, English, and Irish ancestry. His first role was an extra in the series ‘Centennial’ in 1978. In 1984, he received his first major role in the sitcom ‘ER’.

He made his acting debut in 1978 and he received two Primetime Emmy Award nominations for his performance as Dr. Doug Ross in ‘ER’. In 2013, Clooney received the Academy Award for producing the film ‘Argo’. He was included on Time’s annual 100 list which identifies the most influential people in the world.

Clooney has also known for his economic and political activism and has served as one of the United Nations Messengers of Peace since 2008.

George Clooney has worked hard to get his slim and fit body shape. He had to work his way up and this involved spending many hours at the gym where he also followed up with a strict diet. Clooney is a huge fan of hitting routines that make him happy and comfortable so the training becomes fun.

Apart from hitting basic exercises, he likes to include a dose of yoga into his workout plan. He regularly performs Bikram Yoga. This yoga method training was first introduced by Bikram Chowdhary. The method includes many different exercises and yoga postures but you need to perform everything inside a hot and humid room.

His fitness trainers wanted him to lose some weight after the surgeries. This yoga technique was the best way to lose a significant amount of weight while minimizing the chances of relapsing pain or muscle tear.

Clooney is 59 years old and he is in incredible shape. He is a big fan of running and he tries to run daily. He also likes to play different sports such as basketball with other actors such as Matt Damon, Leonardo DiCaprio, and Toby McGuire.

Clooney likes to follow up on his workout routine by doing a mix of basic exercises. His workout plan includes a few basic fitness moves, pull-ups, and pushups.

George Clooney’s workout routine consists of a lot of running exercises and outdoor sport such as basketball. He likes to do a lot of dance and yoga on his free days. When it comes to outdoor sports he also likes to play football. We can learn a lot from George Clooney not only about the workout but also in life.

“There are quite a few things that the devil could tempt me with. I could be tempted by youth if I was allowed to hold on to all the wisdom that I’ve gotten. In everything, not just sports, in life, and in acting. I’d be tempted by youth only so I could continue doing it a little longer.”

George Clooney’s diet plan includes assorted vegetables, fish, and a lot of pasta. Clooney has also taken distance from his favorite alcoholic beverages such as Vodka and tequila.

The results are obvious and certainly worth it. His close friend has helped him to create his diet plan and Clooney also loves to eat meat and pasta.

George Clooney has gone on to become one of Hollywood’s hottest actors. He has been named ‘The Sexiest Man Alive’ by ‘People’ magazine and his looks and charm have also led to ‘Time’ magazine dubbing him ‘the last movie star.’

He has also earned multiple awards and nominations for his exceptional acting, producing, and directorial skills. With all this success, he has never forgotten about the oppressed of the world.

With all his success, Clooney has never forgotten about the oppressed of the world. He uses his status to raise awareness about gay rights and to help those in political and environmental crises.

Clooney has worked to bring global attention to the conflict in Sudan, going as far as speaking not only to the United Nations’. He is truly one of a kind and authentic living legend.

What do you think about George Clooney’s workout routine and diet? Leave a comment below.