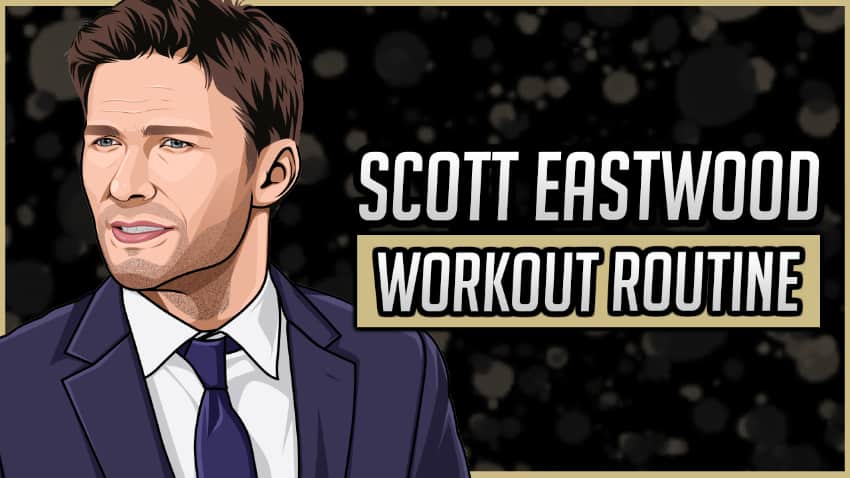 Scott Eastwood is an actor and model who is the son of the actor and filmmaker Clint Eastwood. Eastwood has starred in movies such as ‘Flags of Our Fathers’, ‘Gran Torino’, ‘Invictus’, ‘The Forger’, ‘Texas Chainsaw’, ‘The Longest Ride’, ‘Suicide Squad’, and ‘The Outpost’.

Eastwood is known for his great physique and he is a big fan of swimming and surfing. He has fans from all over the world.

He is an advocate for Alzheimer’s research since he has seen his grandmother fight against the illness. Eastwood has teamed up with the “LearnAboutAlz” campaign to raise awareness about the disease and the struggles it.

Scott Eastwood likes to weight-lift, swim, surf, and stand-up paddle-board. Alongside actors such as Jason Momoa, Vin Diesel, Dwayne Johnson, and Jason Statham, he likes to show his workout routines on social media.

Eastwood starts his day by going to work at 7:30 and if he’s not working he will sleep late. After he is done with work he likes to hit the gym and write a little bit in his journal.

Eastwood starts his early morning in the sauna and he normally takes a cold shower after. His workout routines include weight training, jiu-jitsu, jumping rope, and yoga. He also likes to perform different water sports such as swimming and surfing.

When he warm-ups he likes to perform different yoga exercises and some light movements as well. Eastwood likes to warm-up his body a lot so he can go hard on his workout routine. When he sprints he likes to run outside to get some Vitamin D. He means that he’s more active when he hits workout outdoors than indoors.

When Scott Eastwood hits this workout routine he hits a total of 8 different exercises.

When Scott Eastwood is free from his other workout routines he likes to perform swimming and surfing sessions. He stated: “It’s great to come down to the beach to get in the water and shock the body, especially when the water’s cold.”

When Eastwood surfs he makes sure that he hits the best waves and he normally likes to surf when he travels around.

Scott Eastwood is open about his diet and he means that his diet is “90% good, 10% percent cheat”. His daily diet plan includes many different proteins such as chicken and salmon. He also likes to eat a lot of vegetables such as leafy greens, asparagus, and broccoli.

Eastwood stated: “You have to be strict, you have to look at food as your fuel. You cannot look at it as this luxury thing. 90% good, 10 percent cheat. Good proteins like salmon, chicken, followed by lots of veggies, broccoli, asparagus, lots of greens.”

Scott Eastwood is one of the most famous names in Hollywood and he is known for his shredded physique and abs. Eastwood made his film debut in ‘Flags Of Our Fathers’ which was directed by his father Clint Eastwood. In recognition of his amazing performance in ‘Enter Nowhere’, he was awarded the National Board of Review Award’.

Eastwood began his career by using his mother’s last name. He auditioned for every single one of Clint Eastwood’s movies and was rejected for ‘American Sniper’. He appeared in his father’s movie ‘Gran Torino’ in 2008.  Don’t forget to share this article if you’re a big fan of Scott Eastwood.

Something we can learn from Scott Eastwood is to go your own way. Even though Eastwood grew up with a famous father he didn’t hesitate to still fight towards his dreams.

What do you think about Scott Eastwood’s workout routine and diet? Leave a comment below.