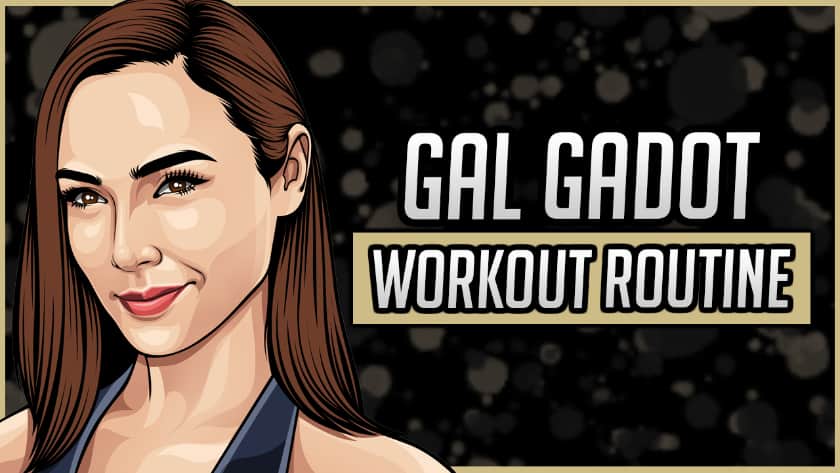 Gal Gadot is best known for playing the role of Wonder Woman. To prepare for this role the actress had to create a strict diet and manage to stay focus to follow her workout routines.

Gadot has starred in movies that include ‘Fast Five’, ‘Wonder Woman’, ‘Criminal’, ‘Keeping Up With The Joneses’, ‘Triple 9’, ‘Knight and Day’ and ‘Date Night’.

When Gal Gadot prepared for the role of Wonder Woman she worked with her personal trainer Mark Twight. Gadot focused on doing a variety of exercises such as cardio interval training, squats, and ball throws.

When she’s not preparing for a movie role she enjoys pilates and yoga so she can change things up and challenge her body.

When Gal Gadot prepared for Wonder Woman she had to follow an intensive and tough workout program for 6 months to get into superhero shape. She has told in an interview that she worked out for 6 hours, out of which 2 hours were reserved for gym exercising.

Gadot enjoys rock climbing, which has helped her to achieve a lot of muscle mass on her abs, shoulders, chest, and legs.

On this cardio routine Gadot performs 7 different exercises in total.

Her strength routine features 6 different exercises with an average of 3 sets and 5 reps.

Gal Gadot focuses on portion sizing and to eat the food of good quality. Gadot balances each meal with the same amounts of leafy greens and foods rich in protein.

Her diet includes green juices made from spinach, kale, and fruits. These are low-calorie, high-fiber foods. She cares a lot about how she fuels her body and she always makes sure that she eats plenty of fresh vegetables.

She makes sure to feed her family vegetables as well.

Gal Gadot is known for being one of the hottest actresses right now. Gadot has worked her to become the successful actress that she is today and she is truly an inspiration for girl power.

What do you think about Gal Gadot’s workout routine and diet? Leave a comment below.