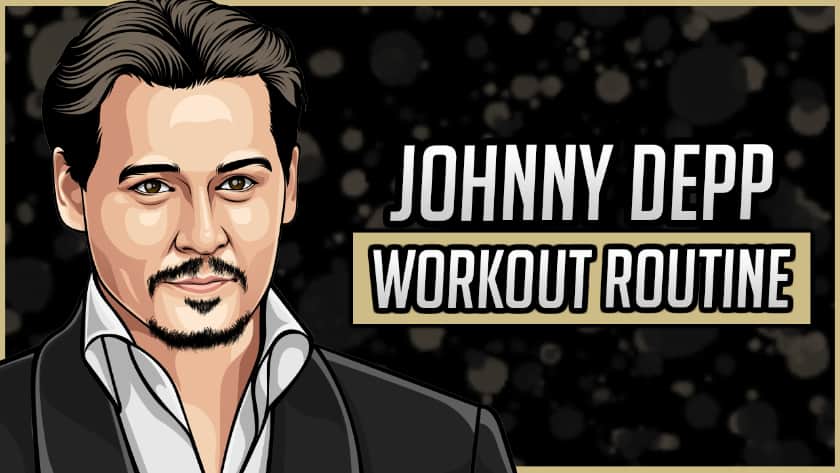 Johnny Depp is an American actor, musician, and producer who has appeared in many famous movies such as ‘Rango,’ ‘Dark Shadows,’ ‘The Tourist’ and ‘Pirates of the Caribbean’ movie series.

We know him as Edward Scissorhands, Ed Wood, Willy Wonka, and the legendary Captain Jack Sparrow. Depp is one of the world’s richest actors, and he has a toned physique, and he has been nominated and won many awards. He has been voted as one of the ‘Sexiest Man Alive‘ by People’s Magazine in 2003 and 2009.

His films have grossed over $3.7 billion in the United States and over $10 billion worldwide.

In 2012 he was listed in Guinness World Records as the world’s highest-paid actor. Depp has also worked as a musician and has performed in many musical groups, such as Hollywood Vampires with Joe Perry and Alice Cooper.

Johnny Depp likes to hit the gym and stick to a well-balanced diet. When he prepared for the Pirates of the Caribbean movies, he had to learn how to sword fight, which took him endless hours.

Depp has maintained his incredible physique with mixed workout routines, and he doesn’t fail to practice them if he has a busy schedule, as he always makes sure that he still goes to the gym.

Johnny Depp pays a lot of energy and attention to his workout routine and diet. Depp is strict about his diet and consumes high protein foods.

He tries to hit the gym as much as possible, and he likes to focus on his training 3-4 days a week.

When he prepared for the Pirates of Caribbean movies, he had to show power, agility, and strength, and for a long time, he had to hit different exercises that he wasn’t used to performing.

Johnny Depp has a busy schedule, and he normally likes to hit the gym about 3-4 days each week. He starts his workout with a warm-up by jogging a few kilometers. After his jogging session, he starts performing push-ups.

When he prepared for the Pirates of the Caribbean movies, he also performed a lot of sword fighting. He practices his gym sessions of strength training with stability balls and dumbbells. Depp likes exercises such as push-ups, squats, dumbbell curls, bicep curls, bench press, plyometrics.

Johnny Depp’s diet is well balanced, and his diet includes a lot of chicken, soy-based products, fruits, and lots of water. He normally eats around 5-6 meals each day.

His diet always varying with his fitness objective, and he also likes to consume low-calorie foods such as green vegetables, whole grains, nuts, and seeds. When he consumes drinks, he prefers to drink green tea.

When Depp prepared for his role of Barnabas Collins, he had to lose 20 pounds of weight. He had to drink gallons of green tea to help him lose weight. He also stated that he had to consume a lot of fruits such as strawberries and pineapples.

Johnny Depp is still in incredible shape, and he has inspired millions of people with his movies. As of today, Depp is one of the richest actors alive.

Depp has appeared in many successful films such as ‘Rango, ‘Alice In Wonderland,’ ‘Dark Shadows,’ The Tourist,’ and many others. His lean and toned physique has received multiple awards and accolades.

Depp has been nominated for top awards multiple times, and he has also received a sex symbol status in American cinema. In 2003 and 2009, he was named the ‘Sexiest Man Alive’ by the People’s Magazine.

What do you think about Johnny Depp’s workout routine and diet? Leave a comment below.