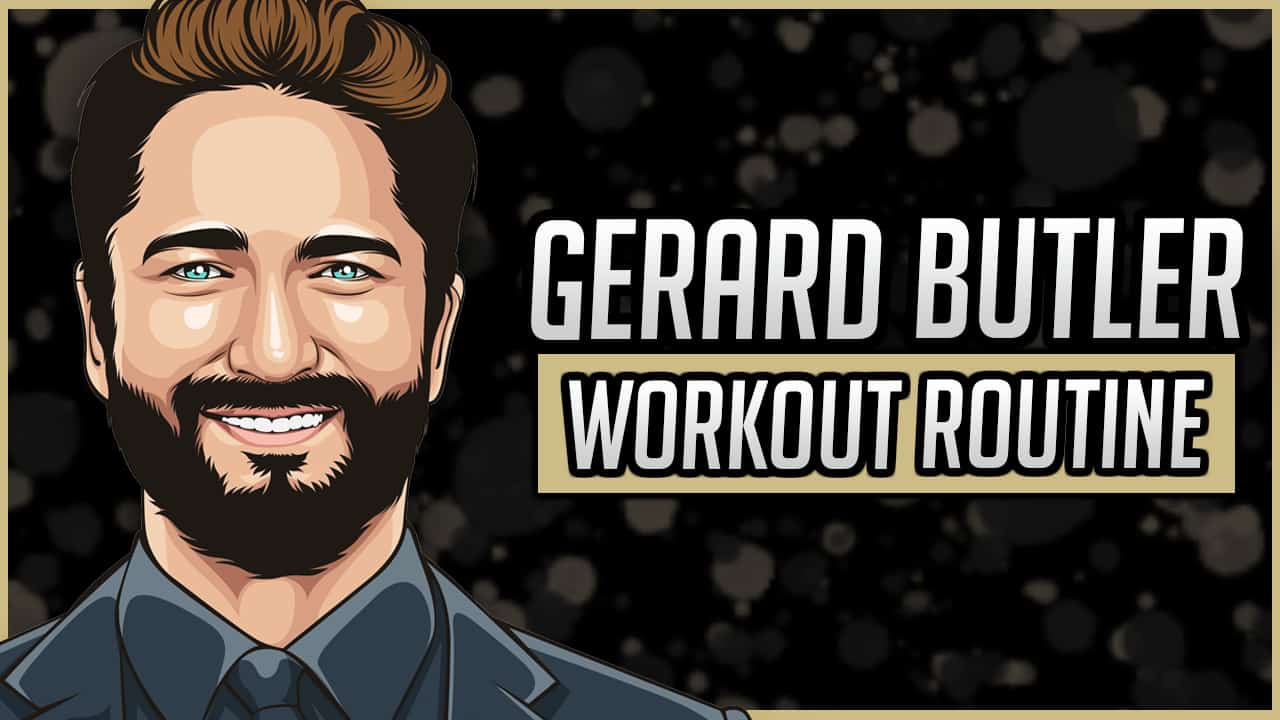 As you guys probably know, Gerard Butler starred in the movie 300 as King Leonidas. During that time he became the most shredded we’ve ever seen him, along with his other 299 Spartan warriors.

His portrayal of ‘King Leonidas’ earned him worldwide recognition and award nominations. Butler has also produced movies and appeared on television.

Butler is most likely to spend all the free time in the gym. We all know he starred in the movie ‘300’. The Gerard Butler 300 Workout and diet is a 5-6 day routine.

Gerard Butler concentrates on keeping his body fat low and for that, he normally likes to mix up his exercise with a lot of cardio.

Aside from explosive moments, Butler performs plyometrics for his upper body.

Within this routine, he hits 7 different arm exercises.

On Wednesday, he performs a cardio routine focusing on major 7 exercises.

On Thursday, Butler hits a circuits routine. Each exercise is performed for a total of 25 reps.

Rest is one of the most important steps to build a great physique.

The Gerard Butler 300 diet consisted of what the typical Spartan Diet of the day would have been. They wanted the actors to look like the real thing.

By barely eating enough for recovery, they gained well-fined abs and musculature. The Spartan diet, along with some other sources of lean protein.

Gerard Butler is an incredible actor who has performed both on the big screen and television.

He is best known for his role as King Leonidas of Sparta in ‘300’ where he was in his best shape, he trained every day for four months in the most intense workout regimen of his life, giving him an incredible physique in time for the shoot.

What do you think about Gerard Butler’s workout routine and diet? Leave a comment below.