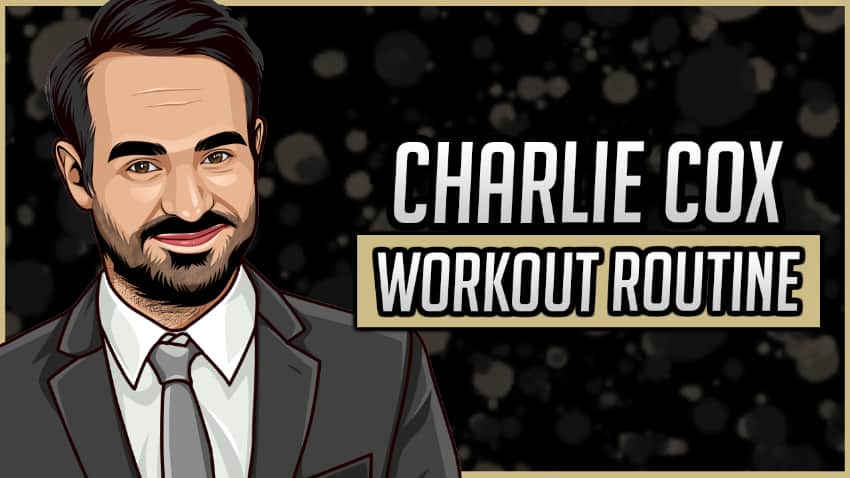 Charlie Cox is an English actor who was born 15th of December, 1982. Cox is best known for his role as Matt Murdock in Netflix’s ‘Daredevil’. His breakout role was as Tristan Thorn in the movie ‘Stardust.

He made his West End debut in a revival of the Harold Pinter plays ‘The Lover and The Collection’. Following his success on screen, Cox starred in a stage production of Harold Pinter’s Betrayal, first in the West End and then On Broadway in 2019.

After his performance in ‘Stardust’, he got a bigger name in Hollywood. The film was very successful with both critics and audiences globally.

Charlie Cox tends to hit the gym around 5 days a week. Before he works he likes to build up to look good and then he will try to hit the gym 6 times a week.

When he is starring in a movie he always wants to look in good shape. One of Cox’s favorite part of training is the fight scenes. He likes to perform Thai boxing, Jiu-Jitsu, bag work, and shadowboxing. When he prepared for ‘Daredevil’ his regular workout routine features a lot of running and yoga.

As mentioned above, when Cox was preparing for ‘Daredevil’ he followed an intense schedule of muscle building, fight training, and acrobatics. His trainer was Naqam Washington whom he described as “awesome”. Cox only had one month to get ready for ‘Daredevil’ before the first season began shooting.

He was confident enough to know that he didn’t want to just do the easiest part of the job he also wanted to do as much stunt as possible. He had to perform a lot of compound moves, multidimensional movements, and jumps. After his intense 5-6 day training, he would scale back to 4 days a week of workout.

On this day, Charlie Cox hits a pull routine by doing a total of 6 different exercises with an average of 3 sets and 8 reps.

On this day, Cox performs a total of 6 different exercises.

On this day, he hits a leg routine by doing a total of 7 exercises.

When it comes to his diet he has stated that he never followed a “typical” superhero diet when he prepared for his role in ‘Daredevil’. However, Cox had to eat a lot to make gains. He could eat up to 5-7 meals each day.

For breakfast, Cox normally would eat egg whites and then a piece of chicken or fish with a lot of vegetables and carbs. Cox had to stay hydrated so he drank a lot of water each day to stay in his best shape.

Charlie Cox is an English actor who born in London in 1982. Cox starred as Owen Sleater on the series ‘Boardwalk Empire. He received his big breakthrough when he starred as ‘Matt Murdock’ on the series ‘Daredevil’ in 2015.

He won a Screen Actors Guild Award for Outstanding Performance by an Ensemble in Drama Series for his performance in ‘Boardwalk Empire’. He was nominated for the same ward in 2013 and 2015.

What do you think about Charlie Cox’s workout routine and diet? Leave a comment below.