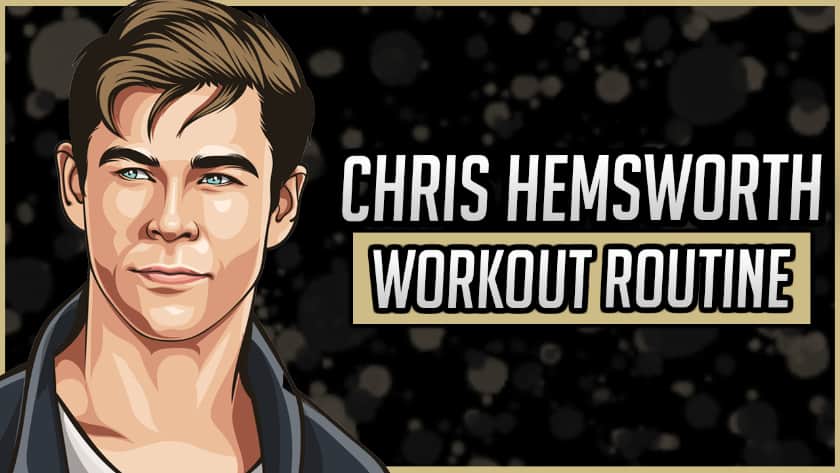 Chris Hemsworth is a popular Australian actor who first rose to prominence in the television series ‘Home and Away’.

Today, he is best known for portraying Thor in the Marvel franchise.

Hemsworth has established himself as one of the leading and highest-paid actors in the world.

He has starred in movies such as ‘Star Trek’, ‘Snow White and the Huntsman’, ‘Red Dawn’, ‘Blackhat’, ‘Ghostbusters’ and ‘Rush’.

Chris Hemsworth likes to stay in a good shape and when he has prepared to play Thor he put on 20 pounds of muscle weight.

Chris Hemsworth had to make some huge changes when he prepared for his role as Thor in the Marvel movies.

When he performs a high weight, low-repetition lifts it improves his muscle mass. Today he is known for being one of the sexiest actors alive.

Monday and Thursday: Chest, Back and Abs

On Monday and Thursday, Chris Hemsworth performs 14 different chest, back, and abs exercises.

Here is Chris Hemsworth chest, back, and abs routine:

On Wednesday, he performs 13 different abs and arms exercises.

On Friday, he performs 13 different legs and abs exercises.

On Saturday and Sunday, Chris Hemsworth rests and refuels with organic food.

Chris Hemsworth changes depending on which movie role he is preparing for. Hemsworth gained 20 pounds when he prepared for his role as Thor.

His food was measured to keep him lean and he ate a lot of cheese, chicken, protein shakes, vegetables, fruits, and whole grains.

Chris Hemsworth is the middle brother of the Hemsworth trio acting brothers.

In 2014, he was voted the ‘Sexiest Man Alive’ by People magazine.

If you enjoyed this routine, check out some of our other actor workout routines:

What do you think about Chris Hemsworth’s workout routine and diet? Leave a comment below.