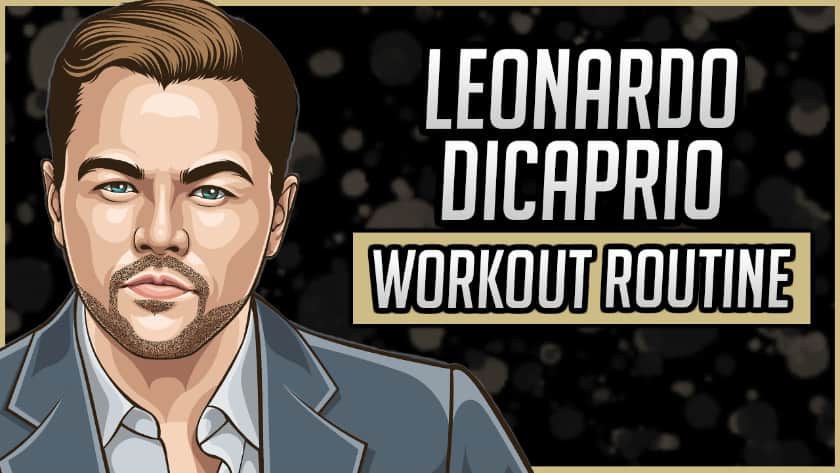 Leonardo DiCaprio is one of the most iconic actors in the movie industry. He has been nominated for several awards and he has appeared in numerous successful movies.

Being the most dedicated actor in Hollywood, he does not stay away from transforming his body for the sake of his movie roles. This actor puts his heart and soul into his work to cherish his fans with his amazing performances.

Leonardo DiCaprio’s workout is under the supervision of his personal trainer Gregory Joujon Roche.

Instead of relying on the high-intensity workout, his personal trainer tells him to do all forms of exercise such as fat burning exercises, strength training, cardio, yoga, and interval training.

On a regular basis, the actor stays active outdoors. DiCaprio also likes to mix up his exercises by doing a prison-style routine 3 days a week, other activities such as cardio or sports, and circuits exercises.

He has also gone through phases of circuit training with different bodyweight exercises.

Leonardo DiCaprio performs this “prison-style” routine 3 days a week and he does a total of 6 exercises.

When DiCaprio was working with a personal trainer they had his training style listed as “strength training, interval training, cardio work, yoga and some martial arts, he does this routine when he’s not performing his prison-style or circuit routine.

He eats many small meals each day to make sure he gets all the energy that he needs. He also drinks three liters of water every day. The actor is allowed to drink 1.5 hours after a meal.

Leonardo DiCaprio is known for being well prepared mentally and physically for every role that he accepts.

As of 2020, his films have grossed US$7.2 billion worldwide, and he has placed 8 times in the annual rankings of the highest-paid actors in the world.

What do you think about Leonardo DiCaprio’s workout routine and diet? Leave a comment below.