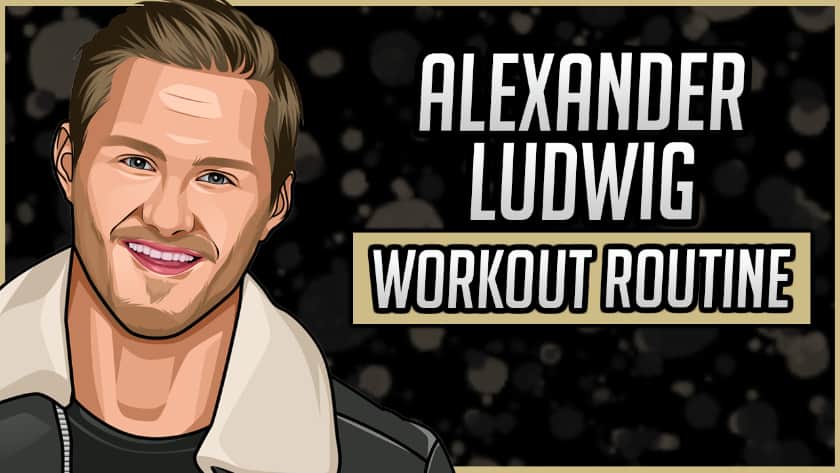 Alexander Ludwig is a young actor that is known for his impressive physique. Many actors work hard to get their best bodies and Ludwig is no exception.

On a normal basis, Alexander Ludwig focuses on cardio and weightlifting just to stay ripped and prepared for his movie roles. Ludwig is known for having an incredible physique.

When he prepared for ‘The Hunger Games’ he was in his best shape and he went to the gym regularly. The actor also learned different styles of workout such as rope.

The actor had tough workouts with a personal trainer to torch pounds for his role in the movie, ‘The Hunger Games’. He practiced workouts such as rope climbing and tire flipping.

Ludwig even worked with an ex-navy man to learn the details of fighting scenes.

On Monday, Alexander Ludwig performs a back and biceps routine by doing 7 exercises.

Here is Alexander Ludwig’s back and biceps routine:

On Tuesday, he performs a abs and cardio routine with 5 exercises.

On Wednesday, Ludwig hits a chest and triceps routine by doing a total of 5 sets and 10 reps.

On Thursday, he repeats the routine that he performed on Tuesday, abs, and cardio.

On Friday, Ludwig performs a leg and shoulder routine with a total of 6 exercises.

In order to stay as ripped as possible Ludwig has to have a good nutritional support system. He normally watches his caloric intake when he is focusing on staying lean.

Ludwig normally eats 6 meals a day, which is 3 meals and 3 snacks. He tries to be consistent as possible on what he eats. The actor makes sure that he also has days where he recovers so he can refuel.

Alexander Ludwig is a Canadian actor, singer, and model. Ludwig is best known for starring in movies such as ‘The Seeker: The Dark Is Rising’, ‘Lone Survivor’, ‘The Hunger Games’, and ‘Bad Boys For Life’.

What do you think about Alexander Ludwig’s workout routine and diet? Leave a comment below.