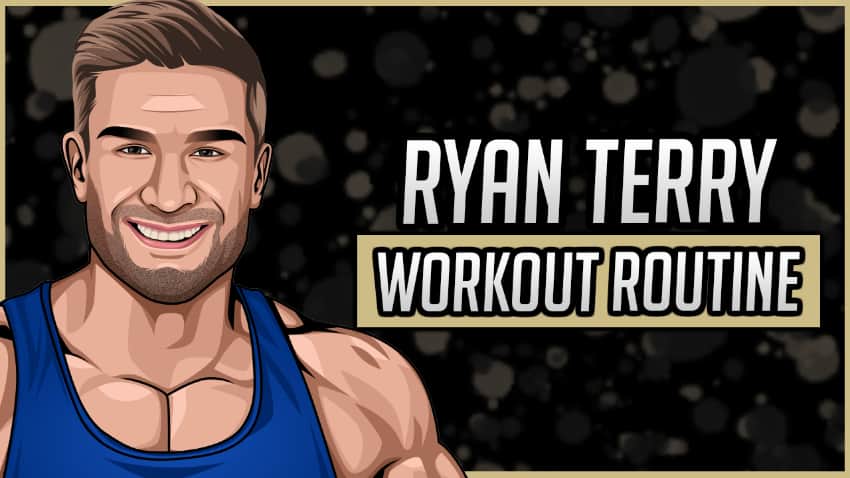 Ryan Terry has proven that anyone can succeed if you have the right drive and determination. You have to stand shoulder to shoulder against world-leading competitors and come out on top.

Terry has adopted hard work and a massive passion for improvement. He became Mister International and Mister Great Britain in 2010. A few years later, he took the step and became an IFBB professional bodybuilder and won the UKBFF championships while becoming the first ‘Men’s Physique’ professional from the United Kingdom.

He finished in 4th place in the Mr. Olympia Men’s Physique Showdown’ in 2015. He has also appeared in Men’s Health and in numerous commercials and fitness magazines throughout his career.

Ryan Terry started bodybuilding to increase his self-confidence and to improve his general health. Terry got into fitness at a very young age, and his stepdad owned an old-school bodybuilding gym.

When he was a child, he took part in many activities and sports that were very competitive. He also brought himself up to push himself to his absolute limits in sports and everyday life.

For Terry, it was important to work hard towards his fitness goals. Huge Mass Stack (Annihilate, Enhance, Epitech & Arachidone)
$209.95
Buy Now
We earn a commission if you click this link and make a purchase at no additional cost to you.

Ryan Terry’s advice when starting seeing a personal trainer is to get your basics right.

Don’t avoid anything, and be open with your workout. If you can’t afford a personal trainer, you can see lots of great videos online to lift weights and work out. Terry likes to focus on enjoying the entire process of the training.

His goal is to make slow changes to his body. He has a good balance between cardio and weight training. He tries to keep weight work into his routine as much as possible by adding in high volumes with lots of intensity. His body reacts well to different amounts of muscle stimulation.

On Monday, Ryan Terry performs a back routine by doing 6 different exercises.

Here is Ryan Terry’s back routine:

On Tuesday, he performs an arms and abs routine.

On Thursday, he does a shoulder routine by doing 6 exercises with an average of 3 sets and 3-15 reps.

On Friday, Terry hits a chest and abs routine by doing a total of 7 exercises.

On Saturday, Ryan Terry performs a hamstring and calves routine by doing 5 different exercises with an average of 4 sets.

On Sunday, Ryan Terry rests and refuels with healthy foods.

Ryan Terry likes to follow a strict and balanced “caveman” diet. He eats anything that comes as a single ingredient or that is natural. He advises it’s best to eat complex carbs such as sweet potato, brown rice, and oats.

Ryan Terry is an incredible fitness icon, and we can learn that not all things come easily as we would like.

It takes many years of hard work, dedication, and sacrifice to achieve great things. His incredible physique has come thanks to his intensity, structure, and nutrition plan.

Perhaps his overall approach to life made him overcome the teenage insecurities that led him to greatness and success.

Whichever it was, we can see that you can be rewarded with a physique of greatness if you work hard and step by step.

What do you think about Ryan Terry’s workout routine and diet? Leave a comment below.