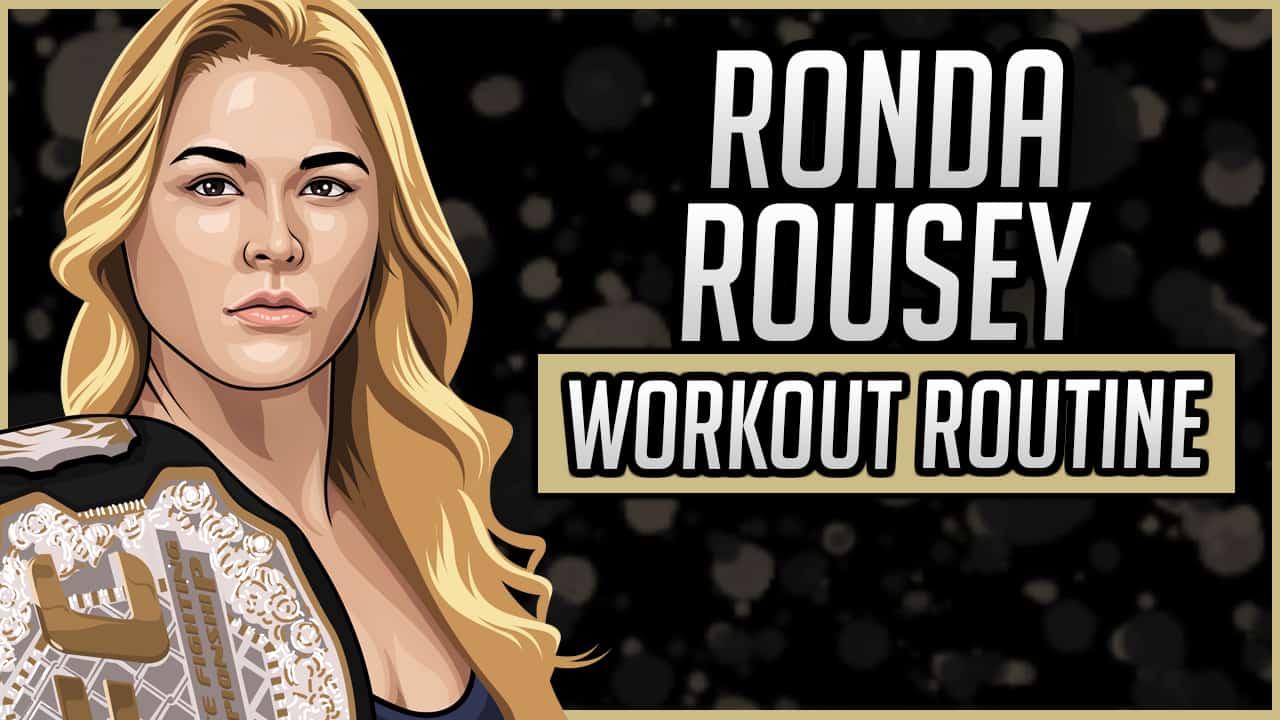 With that said, we know that Rousey has a great physique. She has been ranked number one among the 50 ‘Most Dominant Athletes Alive’ in 2015.

Over the ensuing years, she established herself as one of the best ever in contemporary mixed martial arts. She is regarded as the number one female MMA fighter of all time.

Before a fight, Rousey heads into a two-month training camp, where everything from her workouts to her nutrition to her rest days is dialed in to optimize performance. There’s a lot of mental and emotional pressure that comes with the build-up to a fight.

Ronda Rousey’s workout Routine is formatted a bit differently than what we’re used to seeing. She works out 3-5 days a week, while also incorporating yoga, hiking, sports, and other forms of activity within your training as well.

On Monday, Wednesdays, and Fridays:

Rousey starts these days with two or three hours of sparring with an opponent.

At the beginning of the camp, they start training with three rounds, then work their way up to six rounds (one more than in an actual fight). That way, Tarverdyan has no doubt his athletes have enough stamina to work through the five rounds of a real match.

In the evening, Rousey heads back to the gym for a couple more hours of mitt work (to fine-tune defensive moves and drills) or to the pool for a swimming workout.

Rousey starts the day with judo, grappling, punching bag work, wrestling, and take-downs, and crushes another cardio session like a stair workout at UCLA or running.

Closer to the fight, she trades that for skipping rope to take the force off her legs and to stay explosive and quick on her feet.

On Sundays, she regularly spends her Sundays in the ice bath, getting physical therapy, and seeing a chiropractor.

When your body is the only tool you need for your job, it’s crucial to take care of it from the inside out.

Rousey did blood tests and hair tests to find out which foods are best and worst for her body, and then that’s where Mike Dolce comes in-the so-called “patron saint of weight cutting” and weight management trainer to the MMA all-stars.

Over the ensuing years, she established herself as one of the best ever in contemporary mixed martial arts.

What do you think about Ronda Rousey’s workout routine and diet? Leave a comment below.