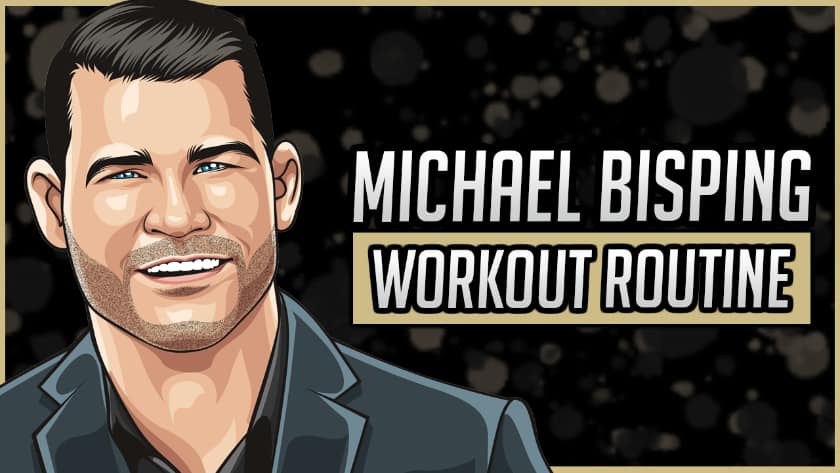 Michael Bisping is a mixed martial artist and he is known for being one of MMA’s best fighter. Bisping has amazing speed, stamina, and strength.

His training regime is made by his coach Sean Keefe and it includes conditioning and strength. Bisping also follows a circuit routine which is good for the complete body.

Michael Bisping began training Jujutsu when he was 8 years old, and he competed in Britain’s first MMA competition. A few years later, he left MMA and began training karate, kickboxing, and boxing.

When he focuses on his workout he likes to perform strength and conditioning and circuit.

As mentioned above he likes to focus on strength, conditioning, and circuits. When he is on a training camp he typically does strength and conditioning.

Bisping makes sure he runs up to 4 miles to maintain his fitness.

This strength and conditioning routine is performed by doing a total of 7 different exercises with an average of 5 sets and 3 reps.

Michael Bisping follows a clean and strict diet plan with 4-5 meals each day.

Bisping makes sure that everything he consumes has a function.

On a fight day, Bisping consumes a lot of healthy food and he makes sure to divide it into smaller meals to save energy. As an MMA fighter, it’s important to stick to an organic and strict diet.

Bisping is a former UFC Middleweight Champion and he became the first British fighter to compete in a UFC main event.

He influenced thousands of people with his workout and diet.

What do you think about Michael Bisping’s workout routine and diet? Leave a comment below.