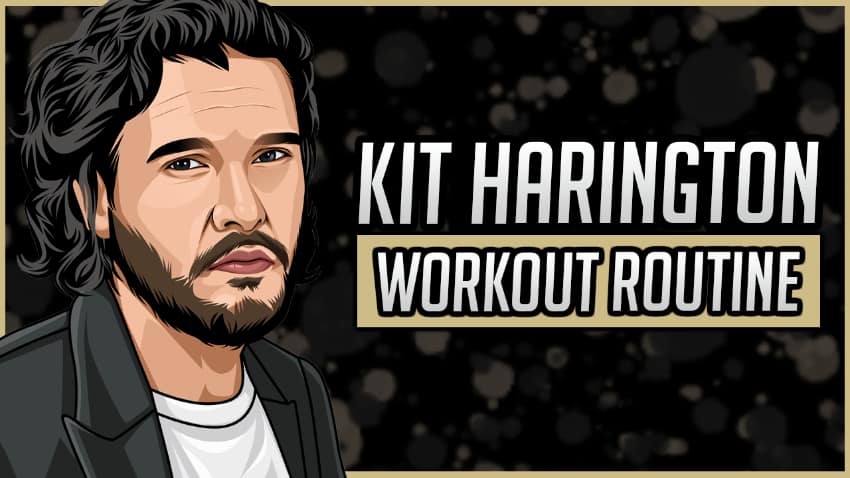 Kit Harington’s is an actor who got his big breakthrough came in 2011 when he starred in the worldwide series ‘Game of Thrones’ as Jon Snow.

Harington has been nominated for many awards such as two Primetime Emmys and a Golden Globe. He has also acted in multiple films such as ‘Pompeii’ and ‘How To Train Your Dragon’. He supports many different charities.

Harington has developed, starred, and produced the drama series ‘Gunpowder’. His other film roles include the romance film ‘Pompeii’, ‘Testament of Youth’, and ‘How To Train Your Dragon’ franchise.

Kit Harington had to spend a lot of his time on how to use a sword when he prepared for his role in ‘Games of Thrones’. He does many of his own stunts in the series and he loves to rock climb, sword fight, and horseback riding.

Kit Harington’s workout routine consists of two different routines. Workout A is an intense routine where he trains the shoulders, chest, and triceps. Workout B focuses on pulling movements where he hits a back and biceps routine.

When he has prepared for his roles in ‘Pompeii’ and ‘Games of Thrones’ he had to learn a lot of fight stunts. He also had to focus on bodybuilding and there was a huge focus on dynamic work. Of all of his topless shots in his film roles, it was arranged to be right at the end of the shoot so they had time to make him look as muscular and big as possible.

On this workout routine, Kit Harington hits a chest, shoulders, triceps, and abs routine by doing a total of 5 different exercises. He performs these exercises by doing pyramid training.

Workout B: Back, Biceps and Legs

On this workout routine, Harington hits a back, biceps, and leg routine.

Here is Kit Harington’s back, biceps and legs routine:

Kit Harington means that abs are made in the kitchen and when he had to bulk up he ate about 5,000 calories a day. He spent the following month to eat a strict 1,800 calorie diet to cut fat. When he prepared for his warrior role in ‘Pompeii’ he worked with a nutritionist to make sure that he was hitting his macros and stayed healthy.

Harington had cheating days for both physical and mental reasons as it helped him to manage cravings and to stick to his diet for the rest of the week.

His diet plan includes 45% carbs, 20% fat, and 33% protein. When it comes to his supplements he consumes casein, magnesium, and fish oils on daily basis. Our most powerful weapon is our metabolism and to cut body fat we need to build more muscles.

Kit Harington is an amazing producer and actor who has studied at the Royal Central School of Speech and Drama.

He rose to prominence for his role as Jon Snow in the HBO series ‘Game of Thrones’. While he was at drama school he made his debut in the National Theatre and West End of the play ‘War Horse’.

For his role as ‘Jon Snow’, he got international recognition and several accolades such as a Golden Globe nomination and two Primetime Emmy Award nominations. He has appeared in many films such as ‘Silent Hill: Revelation 3D, ‘Pompeii’, ‘Testament of Youth’, and ‘How To Train Your Dragon’.

What do you think about Kit Harington’s workout routine and diet? Leave a comment below.