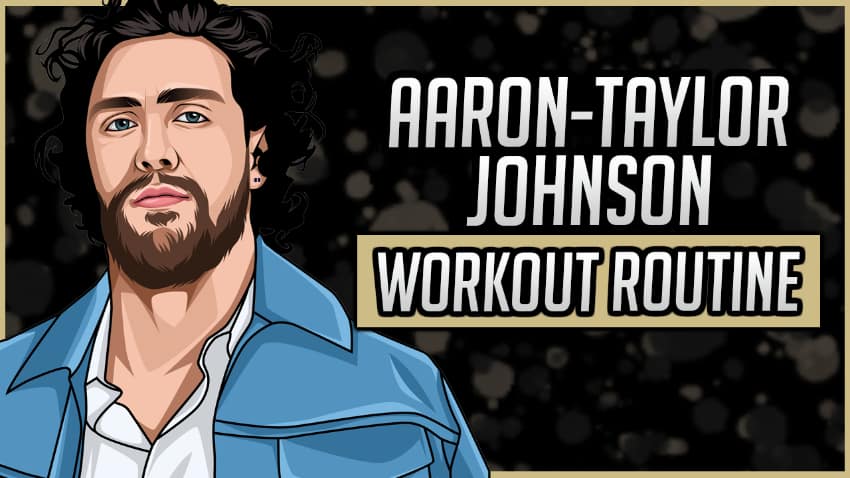 Aaron Taylor-Johnson is an English actor who is best known for his role in ‘Kick-Ass’.

Taylor-Johnson began performing when he was 6 years old. He has appeared in movies such as ‘Shanghai Knights’, ‘The Illusionist’, ‘The Thief Lord’, ‘Angus’, ‘Thongs and Perfect Snogging’.

Johnson had his big breakthrough when he starred in ‘Nowhere Boy’ in 2009. For his performance in ‘Nocturnal Animals’, he won the Golden Globe for Best Supporting Actor and he was also nominated for the BAFTA Awards.


Aaron Taylor-Johnson’s workout routine is composed of a two-day split. The first workout targets his chest, shoulders, and triceps, and his second hit his back, biceps, and legs. When it comes to his diet he follows a strict diet plan.

When he prepared for his role as an American sniper in ‘The Wall’ he had to follow a strict workout regimen and diet plan. He spent four days at Fort Chaffee for hard training with the army. They went out on the shooting range early in the morning and through the night.

When Taylor-Johnson prepared for his role in ‘Kick-Ass 2’ he followed a strict workout routine and diet plan. He trained twice a day to maintain his shape and he also had to practice some stunts.

Before each workout, he performed a dynamic warm-up to warm up his muscles. To prepare for ‘Kick-Ass’ he needed a lot of power, flexibility, endurance, and strength.

On Monday and Thursday, Aaron Taylor-Johnson hits a strength training routine by doing 8 exercises with an average of 4-6 reps.

On Tuesday, he hits a conditioning routine by doing a total of 8 exercises.

On Wednesday, he hits a cardio routine by performing 20 minutes of cycling, skiing, running, sprints or burpees.

On Friday, Taylor-Johnson hits a bodyweight and conditioning routine by doing a total of 8 different exercises.

Aaron Taylor-Johnson follows a well-balanced diet and he tries to eat around 6 meals a day. Taylor-Johnson includes bigger breakfasts and protein supplements in his diet. When he prepared to play the role of a sniper he had to follow a strict diet plan.

He had to bulk up and eat a lot of calories than usual. Aaron Taylor-Johnson stated: “I ate crap! After my morning hike, I went to In-And-Out Burger for brunch most days. I’d get two Four-By-Four Burgers – so that’s four patties in a burger – two of those for brunch and washed it down with a milkshake. I knew if in that one meal I could put in 3500 calories I’d put on some size pretty quickly.”

Aaron Taylor-Johnson is a popular actor who becomes famous when he starred as David “Dave” Lizewski in the hit films ‘Kick-Ass’ and its sequel ‘Kick-Ass 2’. Johnson is one of the top actors in Hollywood today and he began his acting career when he was 6 years old.

When he starred in ‘Kick-Ass’ he had to spend a lot of time in the gym because he had to look like a superhero. Superheroes are muscular and strong and he had to undergo a huge physical transformation. Don’t forget to share this article with your friends and family.

What do you think about Aaron Taylor-Johnson’s workout routine and diet? Leave a comment below.