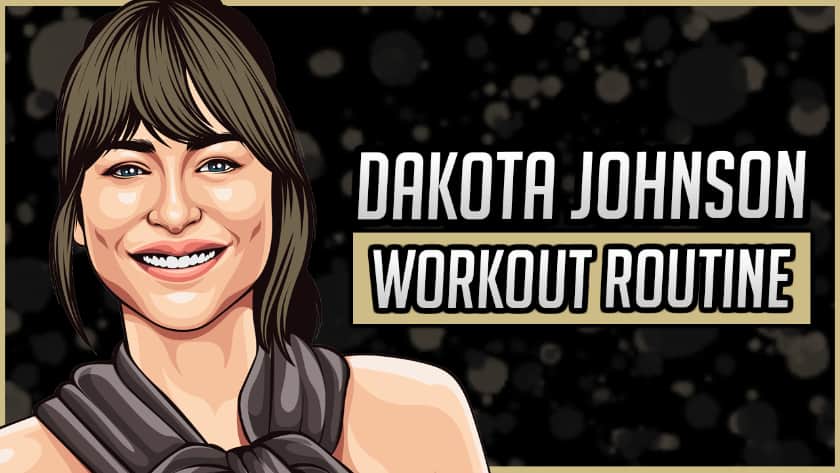 Dakota Johnson is an American actress and model who has starred in some of the most popular movies in the industry. Johnson is best known for portraying the role of Anastasia Steele in the Fifty Shades film series.

For her performance in the series, she received a BAFTA Rising Star Award nomination in 2016.

While filming in Vancouver and Seattle, Johnson mixed her workout routine by doing yoga classes with a 45-minute personalized routine from her trainer.

When it comes to her diet, she likes to eat small meals so she can eat often. Her breakfast normally includes poached eggs and oatmeal.

She is a big fan of yoga and she tries to mix up her yoga routine as much as possible.

On Tuesday and Thursday, Johnson performs yoga. The actress enjoys Bikram Yoga but also mixes it up as well.

On Wednesday, she hits a vogue routine by doing 4 different exercises. On this day she chooses which vogue routine she wants to perform. This is one of them.

On Saturday, she hits a cardio routine by mixing it up with workouts such as high incline walk, StairMaster, Rower, and Bike.

During filming, Dakota Johnson had healthy meals delivered and prepared to her by a professional chef. She follows the “3-2-1” plan which means that she eats three meals, has two snacks, and drinks at least 1 liter of water each day.

If you enjoyed this routine, check out some of our other female celebrity workout routines:

What do you think about Dakota Johnson’s workout routine and diet? Leave a comment below.