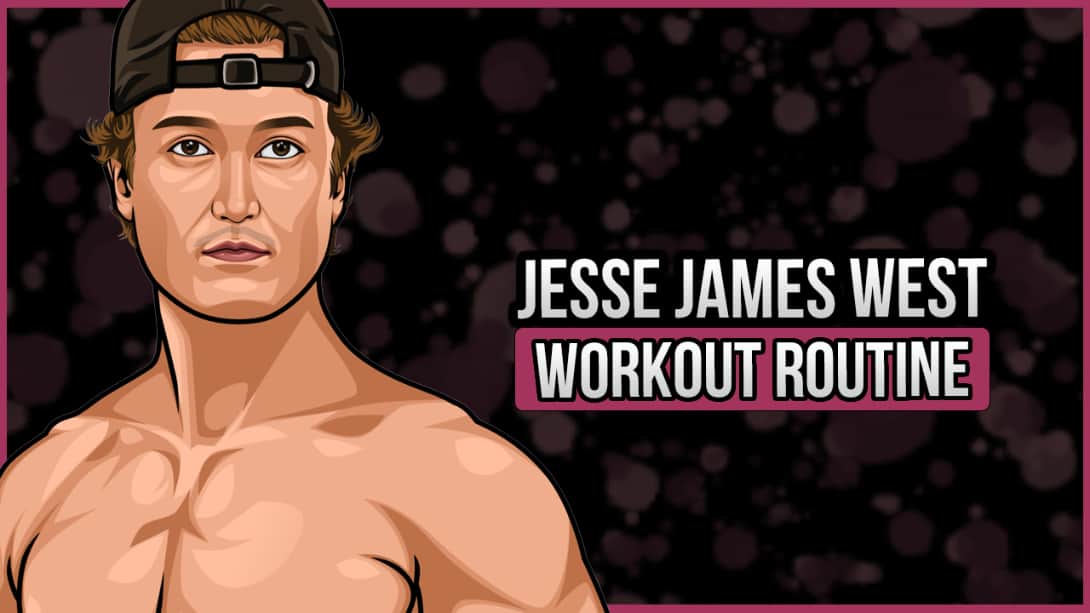 What does Jesse James West’s workout routine look like?

He is now also a strength coach, offering various training programs and diet plans for clients to achieve peak physical fitness and health. Jesse has built a huge following on his Instagram account and YouTube channel for being a refreshing, young personality in the fitness industry.

While we’ve done thorough research on Jesse James West’s workout routine and diet plan, this is not his exact routine. It’s a compilation of his commentary on YouTube and social media, interviews Jesse has done, and information from experts in the industry.

From a young age, Jesse James West loved playing sports and staying active. He was always participating in physical activity in his New Jersey hometown and played lacrosse at the collegiate level at Montclair State University.

On his YouTube channel, Jesse shares some of his favorite exercises, gym routines, his favorite foods to eat before a good lift, and some entertaining lifestyle content.

Jesse always seems to be enjoying his life and having a good time, whether he’s working out in the gym, completing a celebrity fitness challenge, or pranking his girlfriend.

Jesse works out five days a week, whether in the gym or doing other cardio workouts at the beach in New Jersey. He’s been an athlete for most of his life and has a wealth of knowledge when it comes to training, so his fitness routine changes depending on what his current goals are.

Monday – Back and Chest

Jesse is in the gym on Monday morning, training his back and chest in this high-volume workout inspired by Arnold Schwarzenegger.

Jesse takes a day off during the week to let his muscles recover.

Thursday – Back and Biceps

West works his back and biceps in this diverse program on Thursday.

After hitting the beach, Jesse trains his abs and legs in this bodybuilding-style workout where his focus is on building mass and developing the muscles.

For his ab program, Jesse doesn’t count actual reps in each set. He completes as many reps as possible (AMRAP) for the ultimate burner.

Jesse lives near the beach in New Jersey and often paddles out on the weekend to get some cardio. Surfing has impressive health benefits; from cardiovascular exercise to strength training in the back, core, and shoulders.

Surfing is a workout Jesse enjoys when he needs a break from heavy lifting in the gym.

Jesse takes Sunday off from the gym; he spends time with his family, films video content for YouTube, and lets his body relax.

Jesse James West believes that muscles are developed in the gym and revealed in the kitchen. With this in mind, he doesn’t eat restrictively or follow any diet too seriously. He believes in cheat meals and knows how his body will react to most junk food.

He may avoid carbs when he’s trying to drop weight, but a big part of Jesse’s YouTube content is completing fitness challenges where he eats the exact diet of a celebrity or famous bodybuilder. In this diet plan, Jesse follows the eating habits of Thor actor Chris Hemsworth.

Jesse James West is sponsored by Gorilla Mind supplements, and he is well-educated on which supplements he needs to fuel his body before, during, and post-workout. Here’s his supplement list:

Jesse James West is quickly gaining popularity in the fitness world because of his positive attitude, impressive workouts, and entertaining videos.

West is not afraid of hard work; he is committed to his health and fitness, constantly educating and inspiring his social media community to achieve their fitness and personal goals.

We expect to see a lot more from Jesse James West in the coming years, from big gains to his hilarious fitness content and commentary on YouTube.

What do you think about Jesse James West’s workout routine and diet? Leave a comment below.