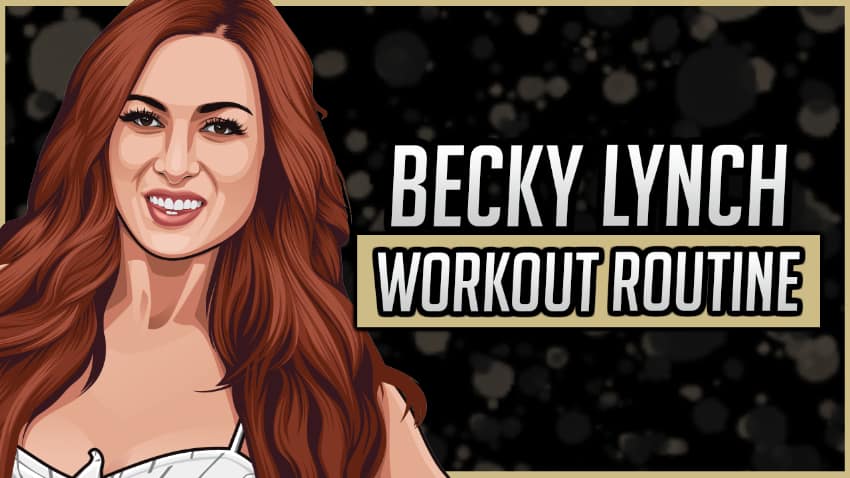 Becky Lynch is an Irish professional wrestler. Lynch grew up in Dublin and she was younger she enjoyed watching wrestling on TV.

In 2016, Lynch was one of the first to become a SmackDown Women’s Backlash Champion. Lynch performed stunts for an episode of the series ‘Vikings ‘and has appeared in films such as ‘The Marine 6: Close Quarters’. Lynch is also featured in several video games.

Lynch has an amazing body and many of her fans might think she spent her whole life in the gym. It took a long time for her to start with her fitness career and her joint workouts with her husband has helped her creativity at the gym and to achieve her goals.

One of the toughest things about being an WWE superstar is to stay in the ring despite the busy travel schedule. Every WWE wrestler is a tremendous athlete and they have to focus hard in the gym.

Becky Lynch spends some time on the road and she normally has to find different ways to workout. She trains virtually every day and considers it as important for her mental health as it is for her physical health.

Lynch knows her way around in the kitchen and she loves to cook food. When she has her cheat day she likes to eat chocolate.

It might seem like Becky Lynch has spent her whole life in the gym but the truth is that she failed PE as a teen. She likes to work on her speed and when she prefers to hit the gym with her husband.

Becky Lynch follows a strict diet and she tries to only eat organic foods. Her daily diet plan includes a morning cup of coffee, oatmeal, and eggs, and much more. She loves vegetables and she always stays hydrated to stay in her best shape.

Her daily routine includes a morning coffee, egg whites and oatmeal. She enjoys to eat grilled food and she loves her tea. Her favorite cheat-meal is chocolate and pizza and when she hits the road she eats a lot of chicken and oatmeal.

Becky Lynch has influenced many with her amazing wrestling skills and if we can learn something from her it has to be that nothing is impossible in life. Lynch had a passion for wrestling since she was young and today she is one of the best female wrestlers.

In her early career she teamed up with her brother and in 2016, she was the first SmackDown Women’s Backlash Champion. In 2020, she dubbed herself ‘The Man’ and then she renamed herself to ‘The Mom.

She is a fitness icon for many other wrestlers and she spends a lot of time with her husband at the gym.

What do you think about Becky Lynch’s workout routine and diet? Leave a comment below.