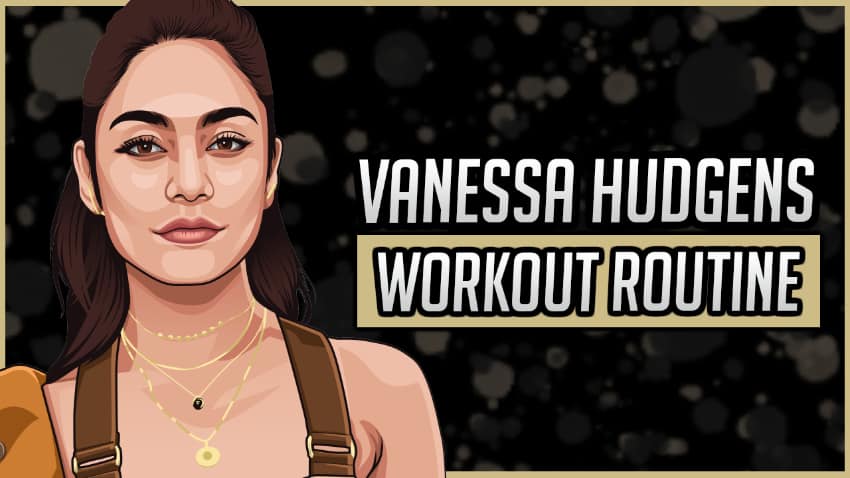 Vanessa Hudgens is an American actress, producer, and singer who made her film debut in ‘Thirteen’ in 2003. She rose to fame when she starred in the High School Musical film series.

Thanks to the big success in the High School Musical series she also released two studio albums named ‘V’ and ‘Identified’. She has appeared in films such as’ Bandslam’, ‘Beastly’, ‘Sucker Punch’, ‘Journey 2: The Mysterious Island’, ‘Spring Breakers’, ‘The Princess Switch’, ‘The Second Act’, and ‘Bad Boys for Life’.

In 2015, Hudgens played the role in the Broadway musical ‘Gigi’ and she also had roles in two of Fox’s live productions ‘Grease’ and ‘Rent’.

Vanessa Hudgens has stated before that she likes to hit different workout routines each week such as Pilates and ballet. When it comes to her diet she enjoys eating fish. Some days she has cheat meals which means that she allows herself to eat foods such as pizza.

Aside from looking good, she focuses a lot on her mental health. Hudgens’ stated: “I love working out because I go into it feeling however I feel that day and after doing the workout, I feel like I can accomplish whatever I set my mind to. It’s a great confidence boost. And I always feel best in my skin when I’m fit.”

In 2018, Hudgens told Women’s Health that she mixes her workout to make the training more fun. In order to keep her schedule going, she leans on her fitness friends. She has stated: “To be self-motivated consistently is almost a daydream. I reach out to friends to hold me accountable.”

Her fitness routine was hard to maintain when she was filming 15 hours a day. When she’s not at work she normally likes to hit yoga, SoulCycle, and Pilates. When she has time she loves to double up Pilates and SoulCycle.

Vanessa Hudgens likes to hit the SoulCycle and yoga on different days. She once completed an 8-mile trek in Hawaii. When she prepared for her role in ‘Bad Boys for Life’ she also learned how to fight. When it comes to her Yoga routine she likes to hit Yoga 3 times a week.

Her body builds muscles easily and she always finds a way to target different parts of her body. When she hits yoga she loves to perform Modo Yoga as well as heated yoga classes. She loves to sweat and she thinks there’s no better feeling than feeling tired and sweaty after a workout.

Vanessa Hudgens likes to keep her diet simple and she eats plenty of fresh and unprocessed foods that give her energy. She avoids eating too many carbs and she prefers to eat a lot of plant-based fats. Her favorite breakfast includes vegetables, avocado, and eggs.

Hudgens has her own secret local spot where she goes if she is too lazy to cook it by herself. If she has a cheat day she likes to have sushi or pizza for dinner. When she is fasting she normally has two big meals with some snacks.

Vanessa Hudgens began her career in 2003 when she starred in “Thirteen” and today she is a popular singer and actress. She is also an impressive athlete and she takes her diet and workout as seriously as her career.

Hudgens has proven to us that it takes a lot of hard work to stay on top. She loves a good workout and she has the hardest muscles to prove this. She is open about her methods of working out and we can summarize them in three words: Yoga, Pilates, and SoulCycle.

Here is one motivational quote from Vanessa Hudgens:

“You’ll always have to fight for what you want. Definitely crossing over and being able to tackle these grittier parts was a challenge, but I feel like I’ve done it! It’s a whole new chapter.”

What do you think about Vanessa Hudgens’ workout routine and diet? Leave a comment below.