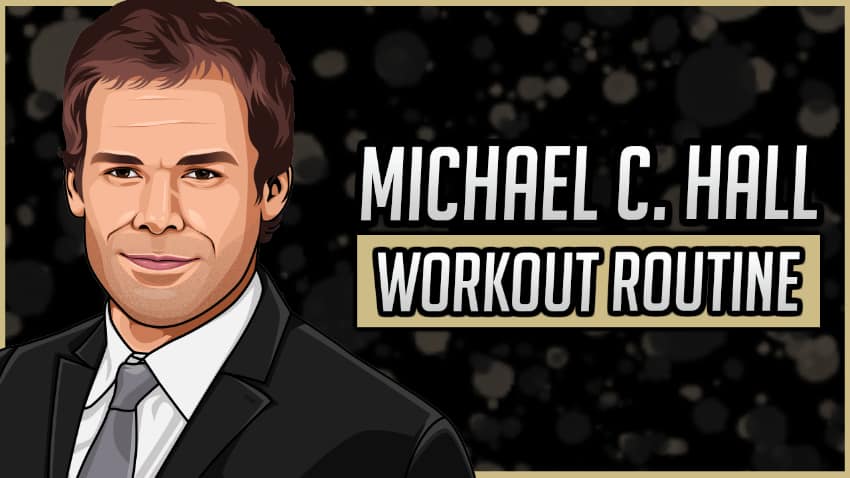 What does Michael C. Hall’s workout routine look like?

Hall’s first Broadway role was in ‘Cabaret’ in 1999. Hall had to bulk up for his role in ‘Dexter.’ He spent 3 hours of training each day to prepare for the series. The series ‘Dexter’ is about Dexter Morgon, a crime scene investigator analyst who twilights as a serial killer. He kills people he knows are guilty.

He has received much praise for his actions throughout his career, such as a Golden Globe and SAG award. In 2010, Hall was treated for Hodgkin’s lymphoma.

After he starred in ‘Cabaret,’ he appeared in numerous shows in the 1990s. In 2006, he was cast in the role of Dexter Morgan. In 2019, he starred in the Netflix thriller film ‘In the Shadow of the Moon.’

Michael C. Hall put in an hour of cardio each day and then another 1-2 hours doing martial arts/yoga and weightlifting. He used the typical bodybuilding method for weight training by focusing on one major muscle group in each gym session.

He would do an hour on the treadmill with ab intervals or run outdoors for 6-8 miles. When he prepared for his role in ‘Dexter,’ he had to have a flexible mind and body. He did a lot of yoga and stretching at least a few times a week as part of his training for the series.

Michael C. Hall worked with personal trainer Gregory Joujon-Roche for many years to stay in shape for his role as ‘Dexter.’ He had access to a full team of nutritionists, a massage therapist, a yoga instructor, and a martial arts trainer.

He didn’t mess around with his workout regime, and he would typically spend around 3 hours a day training for ‘Dexter.’

On Monday and Friday, he forms 2 different workouts.

On Tuesday and Saturday, he performs 3 different workouts.

Michael C. Hall maintains an incredible physique through a strict combination of exercise and diet. Hall eats clean and drinks plenty of water each day.

He normally starts the day with a big glass of spring water and then fuels up with eggs and whey protein along with fruit and nuts. Hall eats lots of vegetables and sticks with fish rather than red meat.

When it comes to his supplements, he consumes omegas and flaxseed oil. For lunch, he usually eats a salad with raw seeds and avocados.

For snacks, he likes to eat raisins, raw sunflower seeds, or nuts.

Michael C. Hall is a well-established actor who is known for having an incredible physique.

His trainer Gregory Joujon-Roche makes sure that his clients have access to different instructors such as a yoga instructor, core trainer, and a martial arts instructor.

Here is one memorable quote from Michael C. Hall:

“I think Dexter is a man who … a part of himself is very much frozen, or arrested in a place that is pre-memory, pre-conscious, pre-verbal. Something very traumatic happened to him; he doesn’t know what that is. And I think on some level, he wants to know. He denies his humanity; he describes himself as someone who is without feeling, and yet I think that he may be suspects – in a way that maybe isn’t even conscious yet when we first meet him – that he is, in fact, a human being.” – Michael C. Hall.

What do you think about Michael C. Hall’s workout routine and diet? Leave a comment below.