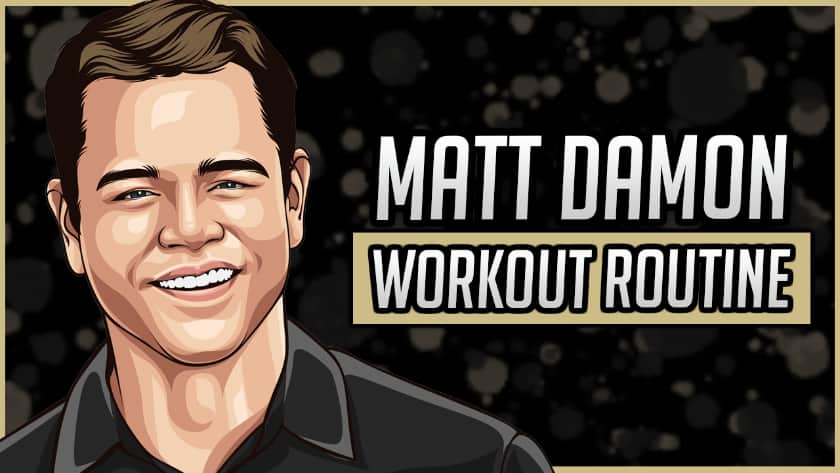 Matt Damon is an American actor and his big breakthrough came in 1997 when he starred ‘Good Will Hunting’ alongside with friend Ben Affleck. The duo won an original screenplay Oscar for the project.

Damon is an amazing actor and he has starred in some of the best movies in the industry. When he prepared for his role in Jason Bourne he wanted to get bigger than ever before.

Damon worked out with his trainer Jason Walsh for three movies. His personal trainer also helped him get in shape for ‘The Martian’ and ‘The Great Wall’.

When Matt Damon prepared for his role for Jason Bourne he worked with celebrity trainer Jason Walsh for a year and a half.  He worked out for hours every single day for 3 months prior to filming The Bourne Identity.

He could benchpress 250lbs by the time he started filming Bourne, and he could also put his ‘BFF’ Ben Affleck in a headlock whenever he wanted.

Matt Damon has worked with his personal trainer because of his training methods which are dedicated to creating an athletic physique, rather than getting extremely shredded.

Damon is always making sure that his foundation is solid and that means that he has flexibility, mobility, and overall strength. The actor works out 5 days a week, and he likes to mix up his work out with activity days as well.

On Monday, Matt Damon hits a chest and triceps routine by doing 9 exercises.

On Wednesday, Damon hits a shoulder and leg routine by doing 9 exercises with 3 sets and 10 reps of each exercise.

On Thursday, he repeats his Tuesday routine by having another activity day.

On Friday, Damon performs a back and biceps routine by doing 3 sets and 10 reps of each exercise.

Here is Matt Damon back and biceps routine:

On Saturday and Sunday, Matt Damon has a day off from workout.

When Matt Damon prepared for his role as Jason Bourne he followed a strict diet. He would eat 6 meals a day consisting of lean animal protein, veggies, whole grains, nuts, and protein shakes.

He drank plenty of water while training, but when filming came along, he cut back like a fighter to be as lean and chiseled as possible.

3 hard-boiled eggs and a glass of milk, protein shake

Chicken breast or perhaps a lean cut of beef along with salad and healthy fats from avocados and coconut oil.

Matt Damon is one of the most well-known actors in the American film industry who achieved great success after cementing his place in Hollywood.

Damon has won multiple awards in his career and he is known for having a ripped body and he is always well prepared for his movie roles.

What do you think about Matt Damon’s workout routine and diet? Leave a comment below.