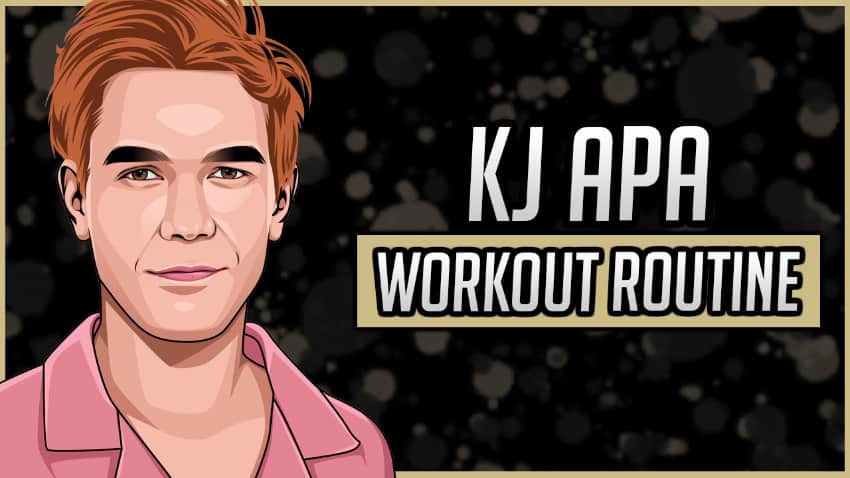 He is a Kiwi actor, musician, and singer. Apa began his acting when he starred in ‘Shortland Street’ that aired from 2013 to 2015.

KJ Apa was born in Auckland and he is the son of Tessa and Keneti Apa. He attended high school at King’s College before he started his acting career.

Apa comes from a huge Samoan family and his father is a chief who grew up in the Samoan culture. He has several Samoan tattoos including a bee that his grandma and mother also have.

He got his big breakthrough when he starred as Archie Andrews in the series Riverdale in 2017. Apa has also starred in movies such as ‘A Dog’s Purpose’, ‘The Hate U Give’, and ‘I Still Believe’.

KJ Apa’s personal trainer Alex Fine has worked with many cast members of Riverdale to get in their best shape. Apa likes to perform a combination of high-intensity interval training and boxing to keep his waist in shape.

In one interview, Apa has stated that he likes to focus on training with bodyweight and weights exercises involving minimum equipment. He focuses on core, cardio, muscle training, and weight lifting.

KJ Apa normally hits the gym 3-6 days each week. When he prepares for a role he takes help from his personal trainer. His personal trainer makes him do high reps with a concentration of chest and shoulders because it looks better on camera.

He sometimes hits 2 different 90-minute sessions per day. His personal trainer isn’t afraid to push Apa to his limits.

On Monday, KJ Apa hits a chest and triceps routine by doing a total of 9 different exercises.

On Wednesday, Apa hits a back and biceps routine by doing a total of 9 exercises.

Here is KJ Apa’s back and biceps routine:

On Friday, he performs a shoulders and legs routine.

KJ Apa follows a strict low carb diet and he tries to avoid food such as pasta, bread, and all junk food. Hydration is important and that is the reason why Apa likes to drink lots of water each day.

Apa drinks about 7 cups of coffee each day and he likes to stick to natural foods. One of his favorite foods is watermelon and when he was younger he used to carry melons with him to school.

He has been nominated for several awards such as Saturn Breakthrough Performance Award. Don’t forget to share this article if you’re a KJ Apa fan.

What do you think about KJ Apa’s workout routine and diet? Leave a comment below.