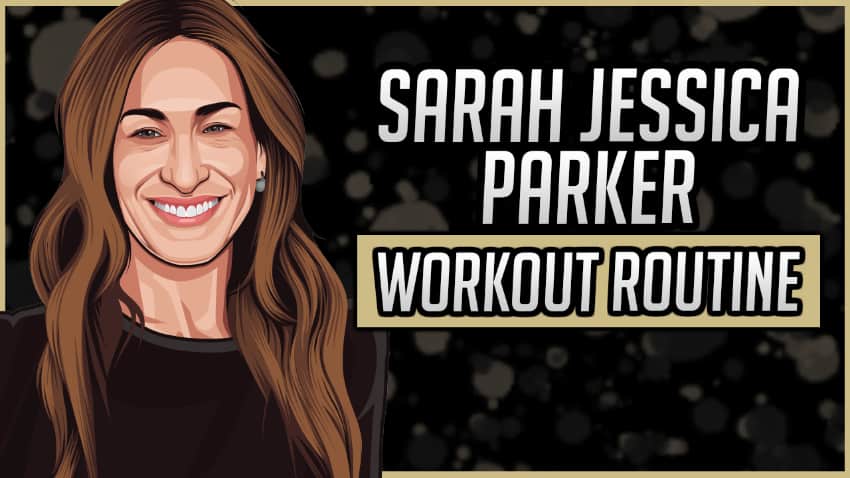 What does Sarah Jessica Parker’s workout routine look like?

Sarah Jessica Parker is an American actress who trained singing and ballet when she was younger and when she was 11 years old she was cast in the Broadway play ‘The Innocents’.

A few years later, Parker starred as Carrie Bradshaw in ‘Sex and the City’ for which she won several awards. In 2012, she was ranked as the 7th highest-paid actresses and as of today, she has millions of followers on social media.

The same year she was ranked as the 7th highest-paid actresses she returned to television to portray the role of Isabelle Wright in ‘Glee’. She also starred in the series ‘Divorce’ for which she was nominated for a Golden Globe Award.

She has run her own production company named Pretty Matches which has been creating content for HBO and many other channels since 2005.


Sarah Jessica Parker likes to exercise daily and likes to walk around in the city. Parker follows a simple and clean diet to stay in great shape. Parker likes to be up in the early morning to run about 20 miles daily. She also likes to hit sit-ups and squats regularly.

Her slender frame comes from her genes and her well-balanced diet plan. About 95% of our weight comes from what we eat and if we eat healthily it’s easier to stay at a healthy weight. Parker likes to make sure that she always hits some kind of workout each day and she always takes the stairs instead of the elevator.

Sarah Jessica Parker doesn’t do much formal exercise but she likes to have a FitBit on to keep track of her steps. She aims for 10,000 steps per day. She hits yoga at least 3 times a week. When she works with her personal trainer Anna Kaiser she hits a combination of dance, yoga, and Pilates.

As mentioned above, Parker likes to hit yoga 3 times a week. She also likes to hit the running, yoga, and dancing sessions in her spare time. When she works out with Anna Kaiser she performs an intensive 20-minute combo of hip-hop dancing.

Parker loves food and she normally follows the Hamptons diet which was created by Dr. Fred Pascatore. The diet is a combination of Mediterranean, Atkins, and South Beach diets and it includes plenty of fish, low carb vegetables, healthy fats, and lean meats.

Parker loves to eat different foods and her diet includes french fries, hamburgers, pizza, and sausages. She doesn’t feel the need to exclude the categories of food.

She eats everything, doesn’t go overboard, and maintains a healthy weight. If you want to lose weight with the Hamptons Diet, it’s recommended that you limit your carb intake to fewer than 30 or 60 carbs per day.

Sarah Jessica Parker is an amazing actress, designer, and producer. Parker is best known for her role as Carrie Bradshaw on the series ‘Sex and the City’. For her role in the series, she received two Emmy Awards, four Golden Globe Awards, and three Screen Actors Guild Awards.

Parker is from Ohio and she has 7 siblings and although she grew up in a household where it was a bit of struggling on the financial side her mother always made sure she could perform ballet and singing on her spare time.

She moved to Hollywood and she appeared in many films and series such as ‘Footloose’ and ‘Sex and the City’. Parker has been ranked as one of the highest-paid actresses and she has a huge platform of fans on social media.

What do you think about Sarah Jessica Parker’s workout routine and diet? Leave a comment below.