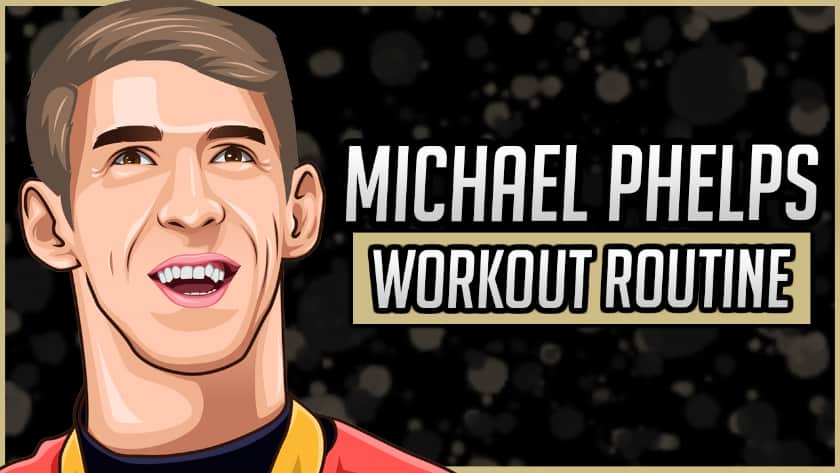 Michael Phelps is known for being one of the best swimmers in the world and he is truly a swimming legend. Phelps has won 28 Olympic medals and he works hard outside the pool as well.

He completed his first Olympics at the age of 15 and he was the first American swimmer to earn a spot in the Olympic team. Phelps also made history when he became the oldest individual gold medalist in Olympic swimming history.

Michael Phelps makes sure he swims a minimum of 80,000 meters a week. He works out twice a day and he trains for about five to six hours a day.

When he is in the swimming pool he listens to music with his waterproof headphones. His swimming sessions are very long which makes it easier to listen to music.

When it comes to Michael Phelps’ workout routine he swims around 13 km each day. This ensures that he has a low body fat percentage.

Phelps also does functional training with weights that are designed for his swimming sessions. When he prepares for Olympics he consumes more than 12,000 calories a day.

On this swimming routine, Phelps’ hits 12 different exercises with an average of 6 sets and 50 reps.

On this gym routine, he performs 4 different exercises.

When Michael Phelps prepared for Beijing Olympics in 2008 he consumed 12,000 calories a day. When he’s not preparing for competitions he eats fewer calories.

Phelps mostly focuses on eating plenty of veggies, fruit, and lean grilled protein. He always makes sure that he sticks to an organic and clean diet.

Michael Phelps’ is an American former swimmer and is considered to among the best Olympian of all time with a total of 28 medals.

Phelps has tied many records and in the Summer Olympics in Rio de Janeiro he won one silver and five gold medals.

What do you think about Michael Phelps’ workout routine and diet? Leave a comment below.