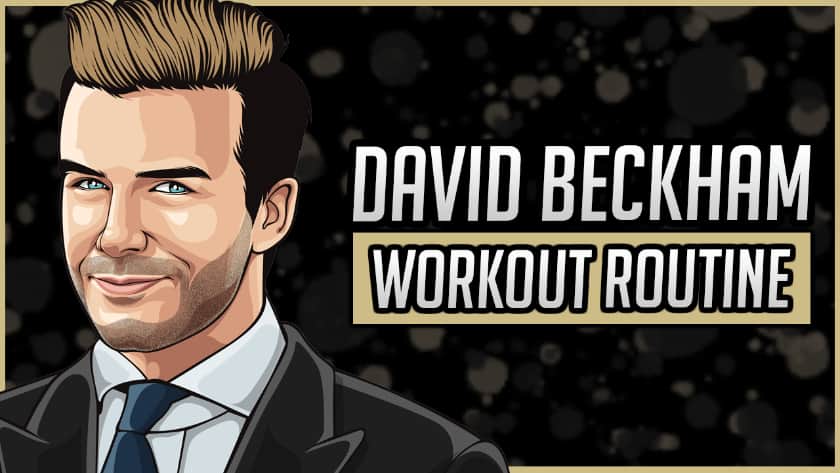 He is the first English player to achieved winning league titles in four countries: Spain, England, France, and the United States.

David Beckham is an amazing football player and his great physique helped him to become one of the greatest players in the world.

While working hard on the football field he had some great levels of stamina and lean muscle mass.

His most common workout routine came from football training and he also is a big fan of running outdoors. David Beckham’s workout routine is simple, his routines almost entirely feature running. He has confirmed in an interview that running is his primary training method.

Beckham also enjoys cycling and outdoor sports. Unlike many other football players, Beckham likes to perform his own method that works best for him which is running. If he goes to the gym he focuses on cardio.

He runs a 20-second sprint as fast as he can, he repeats for 30 times.

On his last challenge, he performs a routine where he runs 60 yards.

Beckham runs 60 yards and returns back 60 (120 yards total). He completes each set within 20 seconds.

David Beckham prefers to follow a clean and healthy diet even though he is retired from his football career. Beckham normally eats lean protein and fish.

David Beckham is known for being a soccer phenomenon and he has lead several teams to multiple championships and titles such as the World Cup in 2002.

Don’t forget to share this article if you’re a big fan of David Beckham.

What do you think about David Beckham’s workout routine and diet? Leave a comment below.