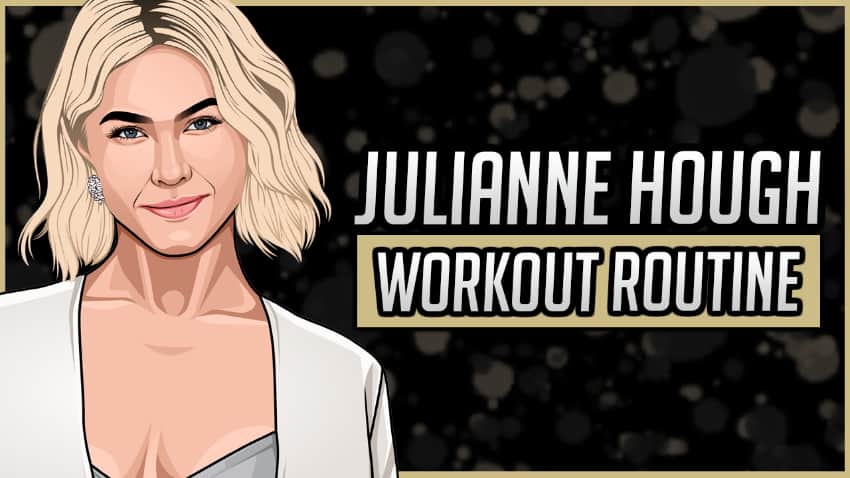 Julianne Hough is an American actress, singer, and dancer who was born on the 20th of July, 1988. She starred on the cast of ‘Dancing with the Stars’ in 2007, like a professional dancer. She left the show in 2009 and later returned in 2014 to serve as a judge.

For her work on the ‘Dancing with the Stars’, she received three nominations including Primetime Emmy Award for Outstanding Choreography.

In 2010, she made her acting debut in the movie ‘Burlesque’. In 2016, she portrayed the role of Sandy in the live television production of ‘Greasy’.

She was one of the Million Dollar Dancers in the game show called ‘Show Me the Money’. Hough won season 4 of the American edition of ‘Dancing with the Stars’ with her Apolo Ohno, making Hough the youngest professional dancer to win on the program.

Julianne Hough loves to be active and she also follows a well-balanced diet plan. She generally goes to bed around 10 pm and wakes up at 7 am.

She likes to start her day by relying on Tony Robbin’s morning breathing exercises known as priming. Hough cares a lot about her mental health.

Julianne Hough’s workout routine is intense and she sticks with her routines for more than just body benefits. Hough stated: “I’m not doing it necessarily to make my body look good – I’m doing it because I love it and it’s fun. I feel way better when I’m working out. Once I’ve taken care of myself I can be happy and joyful.”

She likes to mix up her workout routine, whether if that means she’s pushing her arms to the limit, indoor cycling, or performing a trampoline fitness session. Having a well-balanced workout routine is key for seeing the best transformation. Her perfect week of workout out includes a mix of strength, cardio, and flexibility training.

On Tuesday, she hits a hot yoga routine. You can perform yoga everywhere and Hough is a CorePower yoga fan.

On Wednesday, Julianne Hough works out with celebrity trainer Tracy Anderson. Anderson is known for her sweaty and intense routines.

On Thursday, she performs a SoulCycle routine.

On Friday and Sunday, she rests and refuels her system with healthy foods and vitamins.

Julianne Hough spends a lot of time being active which means that she has the following the most perfect diet and nutrients to stay in her best shape.

She stated: “I try to cut myself some slack if I’m being consistent with my nutrition and activity. If I am craving a piece of chocolate I go for something dark.”

She focuses on two key components in her diet: protein meals and hydration and she likes to drink 4-6 glasses of water per day.

Julianne Hough is a well-known actress, dancer, and singer who is best known for being part of the ‘Dancing with the Stars’. Hough was born on the 20th of July, 1988, in Utah where she grew up being the youngest of five children.

She began her formal training at Center Stage Performing Arts Studio. When she was 9 years old she began dancing. The following year, Hough and her brother studied dancing in London.

As of today, Hough is one of the most popular actresses and she has millions of fans all over the world. If there is something that we can learn from Julianne Hough it’s to love ourselves first.

“I think every girl needs to love herself, regardless of anything. Like if you’re having a bad day, if you don’t like your hair, if you don’t have the best family situation, whatever, you have to love yourself.” – Julianne Hough

What do you think about Julianne Hough’s workout routine and diet? Leave a comment below.