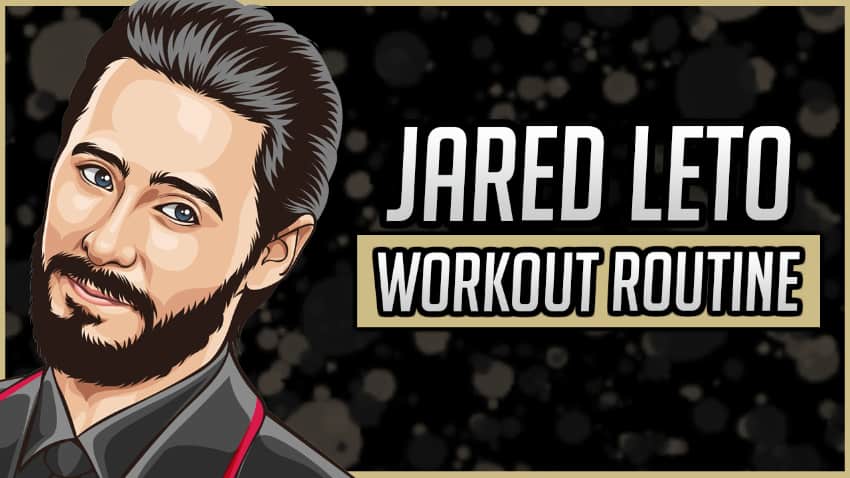 Jared Leto is an American actor and singer who gained his recognition when he starred in ‘My So-Called Life’ in 1994. Leto made his movie debut in ‘How to Make an American Quilt’ the following year.

Leto has since then starred in popular films such as ‘The Thin Red Line’, ‘Fight Club’, ‘Girl, Interrupted’, ‘American Psycho’, ‘Requiem for a Dream’, and ‘Blade Runner 2049’.

When he starred in ‘Dallas Buyers Club’ he received an Academy Award and a Golden Globe Awards for his amazing performance. He is considered to be a method actor and he often remains completely in character.

He is the lead singer and songwriter for Thirty Seconds to Mars which was formed in 1998 in Los Angeles. Their debut album ’30 Seconds to Mars’ was a success and they got worldwide fame with their second album named ‘A Beautiful Lie’.


When Jared Leto prepared for his Joker role he would warm-up for 20 minutes on a bike and then hit different exercises such as push-ups, pull-ups, and sit-ups. When it comes to his diet he likes to focus on a vegan diet. He worked out 5 days a week to get in shape for his role as the Joker.

Leto enjoys performing his routines outdoors whenever it’s possible. Some of his favorite routines include surfing, cycling, and hiking. He meditates daily to stay in his best shape mentally and physically.

On Monday, Jared Leto hits a chest and triceps routine by doing a total of exercises.

On Tuesday, Leto hits a cardio or yoga routine.

Wednesday and Thursday: Shoulders and Legs

On Wednesday and Thursday, he performs a total of 11 different exercises with an average of 3 sets.

On Friday, Leto hits a superset routine by doing 10 exercises.

Jared Leto avoids all animal products such as dairy, eggs, and fish and likes to stick to a vegan diet. Leto means that a healthy diet is the best way to survive in the punishing work and when he’s out on the road.

When he had to gain weight for his role as Chapman he had to eat a lot of junk foods such as butter, mayonnaise, and ice cream to gain weight. To Stay healthy, Leto avoids refined sugar and alcohol and he says he has a vegan chef who travels with the band when they are on tour.

Jared Leto is an amazing actor and singer and he has appeared in several big-screen movies. In 2014, he was voted as the World’s Sexiest Vegetarian. He has a huge fanbase and is considered to be one of the best actors in this era.

Leto has been cast in several films and he has turned down many films offer to pursue his musical career. In 1996 and 1997, he was featured in People’s Magazine of ‘Most Beautiful People in the World. He has a huge fanbase on social media.

What do you think about Jared Leto’s workout routine and diet? Leave a comment below.