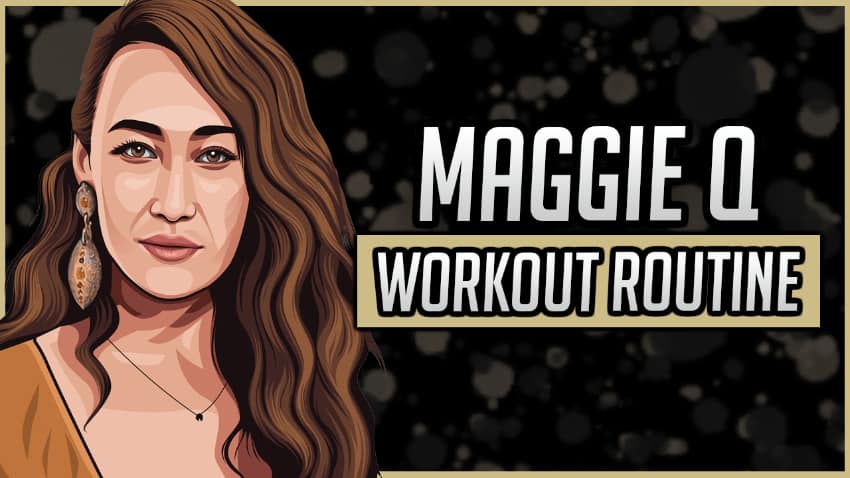 Maggie Q is an American actress who had roles in the action films ‘Mission: Impossible III’, ‘Live Free or Die Hard’, ‘Priest’, and ‘Fantasy Island’.

Q starred in the dystopian film ‘Divergent’ in 2014 and reprised her role in ‘Insurgent’ and ‘Allegiant’. She has also starred in the series ‘Nikita’ from 2010 to 2013.

While she was in Hong Kong she met Jackie Chan who helped her get into acting. In 1998, she made her debut in the drama ‘House of the Dragon’. A few years later, she starred in her first movie ‘Model from Hell’. Her performance in ‘Gen-Y Cops’ led to her first appearance in a Hollywood film.

Maggie Q likes to perform all sorts of workouts such as boxing and yoga. When she performs her yoga sessions she means that it keeps her strong and flexible. Yoga also helps her to focus which she needs when she works.

To promote vegetarianism, she has appeared nearly nude a few times, once on a bed of chili peppers and another time wearing a few lettuce leaves.

Q has a busy schedule and she normally trains with her personal trainer to maintain her best shape. She works out everyday and she likes to mix up her routines. Maggie Q performs high-intensity cardio that needs a lot of core strength.

She loves to stick to a plant-based diet and she has focused on benefits bigger than just herself. When she gave up meat her convictions were rooted in animal cruelty and the environment. She gave up meat because it wasn’t about her.

Down below we can see Maggie Q’s workout routine sample. She normally doesn’t lift heavy weights so she doesn’t have many days off from training.

On Monday, Wednesday, and Friday, Maggie Q does yoga. She has practiced yoga for about 20 years which is a long time. Most yoga classes are either fitness based or guru based. By her participating in yoga sessions increasing circulation and oxygenation. Yoga also flushes organs and stretches our entire body.

On Tuesday, Maggie hits a spin class. By hitting a spin class she’s able to grow muscle mass in a lean fashion, and it also reduces the risk of injuries.

On Thursday, Maggie Q goes swimming. She loves nature and swimming in the ocean makes it a fun Thursday routine for Q.

On Saturday, Maggie Q hits spin, swimming, or a running session. She likes to choose between these three routines what she feels like that day. If she runs, she likes to run outdoors.

On Sunday, she hits boxing, MMA, or an outdoor sport. Q is a big fan of camp sports and this is also why can use this day to prepare for her future stunts.

Maggie Q is an animal rights activist and she is a vegan which means that she eats no foods that come from animals such as meat and eggs. She eats a lot of whole grains, greens, and lentils. She also likes to add different supplements to stay in her best shape.

Q has glowing skin and an incredible bod, she admits that her vegan diet isn’t the only reason. When she first eliminated animal products, she was having trouble with inflammation and trouble sleeping at night. It took her many years, but she finally found a doctor who was able to help by adding probiotics to her diet.

Maggie Q won a scholarship when she went to college and after she was a model in Taiwan, Hong Kong, and Japan she was seen by Jackie Chan. Since then she has starred in several big-screen movies and in 2017 she was voted as PETA’s Sexiest Vegan.

Q is famous for performing her own stunt in several movies and she is a vocal advocate of animal rights. Don’t forget to share this article if you’re a fan of Maggie Q.

What do you think about Maggie Q’s workout routine and diet? Leave a comment below.