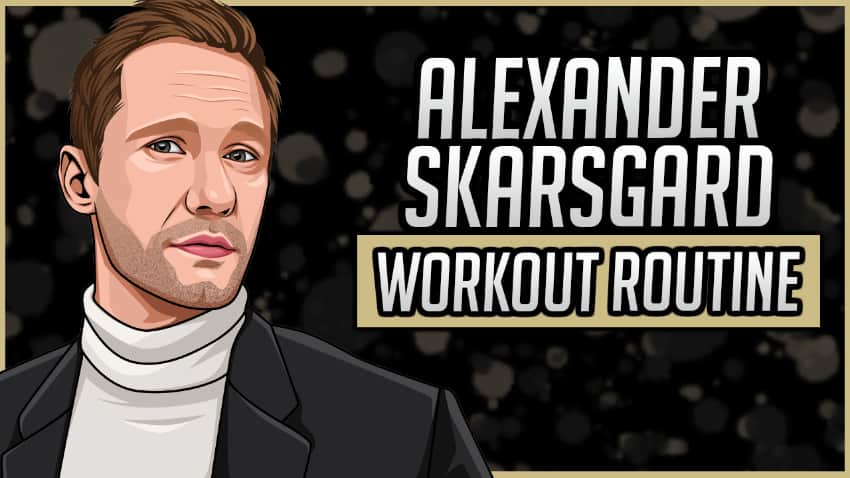 Alexander Skarsgard is a Swedish actor who is best known for his roles in ‘Generation Kill’, ‘True Blood’, and ‘Big Little Lies’.

Acting in multiple minor films and series as a child he had his breakthrough when he starred in ‘The Dog That Smiled’ in 1989. After a few years, he moved to New York to study theater for one year at Marymount Manhattan College. He made his American film debut in the comedy ‘Zoolander’ in 2001.

Skarsgard received one of his biggest roles in 2016 when he starred in the remake of ‘The Legend of Tarzan’ alongside actress Margot Robbie. He had to work hard to portray Tarzan and he spent a lot of his time in the gym to prepare for the film.

Skarsgard has won multiple awards throughout his career including a Primetime Emmy Award, a Golden Globe Award, and a Screen Actors Guild Award. He is well known for his great physique.

Alexander Skarsgard has made his name on the vampire drama ‘True Blood’ and his amazing body has impressed the audience.

When Skarsgard performed his mass gain cycle he would hit two to four conditioning workouts per week which focused on full-body exercises.

His trainer stated: “We would do very short sets because we didn’t want to waste much time on things other than building muscle.”

Alexander Skarsgard normally splits up his workout routine into two phases. When he prepared for his role in Tarzan he had to hit a strict workout regimen. When it comes to his diet he likes to follow a strict and well-balanced diet.

On Monday, Alexander Skarsgard hits 5 different exercises with an average of 4 sets.

On Tuesday, Skarsgard performs a chest and shoulders routine by doing a total of 5 exercises.

Wednesday: Back and Shoulders

On Wednesday, he performs a back and shoulders routine by doing 6 different exercises with an average of 4 sets.

Here is Alexander Skarsgard’s back and shoulders routine:

On Thursday, Skarsgard hits a biceps and triceps routine by doing a total of 5 different exercises.

When he hits his core routine he chooses between two different exercises.

When Skarsgard hits his movement routine he hits 4 different exercises.

Alexander Skarsgard likes to start his day by taking a shot of ginger, lemon, and cayenne. He loves seafood and after his first snack of the day, he hits a 45-60 minute training session of heavy lifting.

When he eats dinner he likes to consume more slow carbs and lean protein. He drinks plenty of water each day to stay in great shape.

Alexander Skarsgard has landed many impressive movie roles and his impressive body has proven that he hits the gym a lot. When he portrayed the role of Tarzan he became famous for his amazing abs.

Skarsgard has starred in many big-screen movies such as ‘Zoolander’, ‘Melancholia’, ‘Battleship’, ‘The Legend of Tarzan’ and ‘The Aftermath’.

What do you think about Alexander Skarsgard’s workout routine and diet? Leave a comment below.