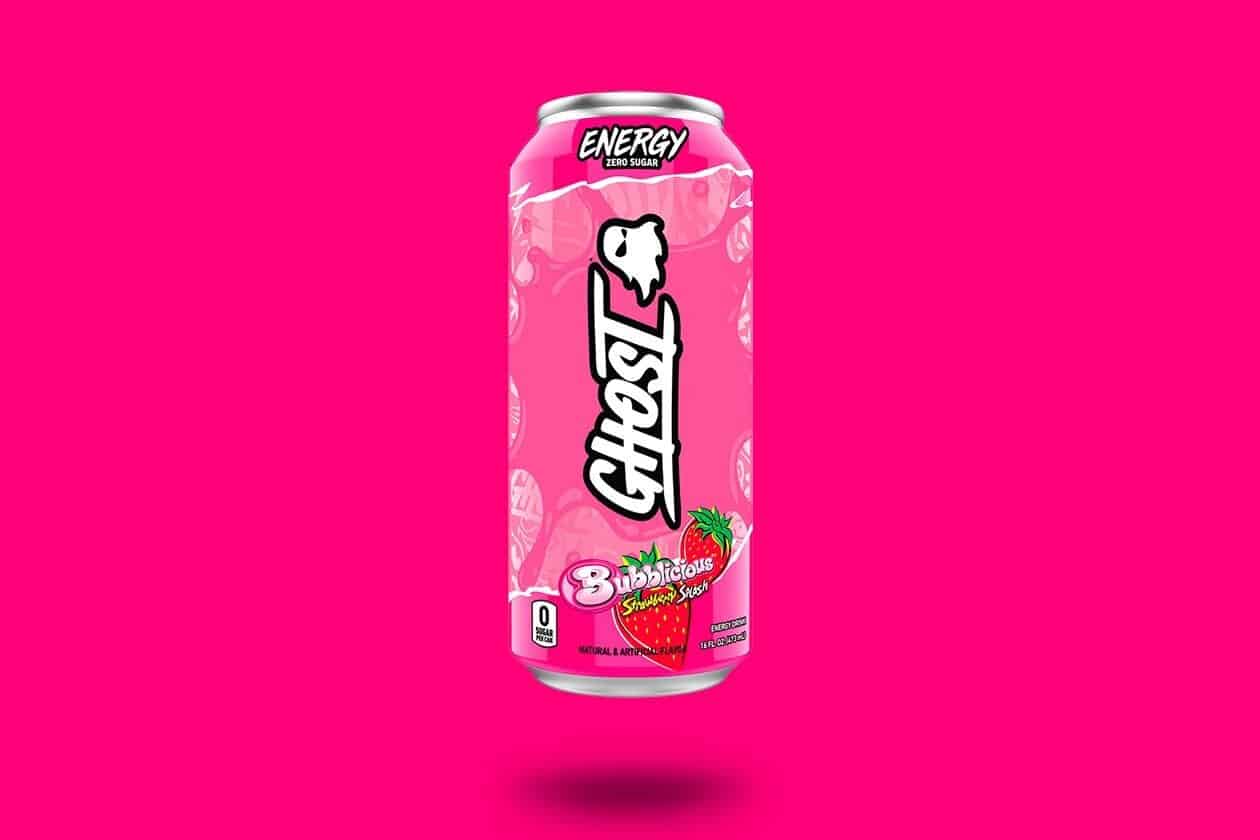 There’s a new flavor in town for the Ghost Energy drink line.

Ghost is well known for their outstanding branding and ability to license iconic flavors for use in their supplements. Their energy drink line, ‘Ghost Energy’, has been growing rapidly and they’ve continued to refine the product and add new flavors to their line.

Later this summer, they’ll be bringing a new flavor to the range: Bubblicious Strawberry Splash.

This is, of course, one of the 28 flavors that the iconic bubblegum company Bubblicious owns, and has licensed to Ghost.

The Ghost Legend pre-workout formula is already available in this flavor as well as the Lightning Lemonade variant, and we’re excited to see this addition to the Ghost Energy line.

With the addition of the Bubblicious flavor to Ghost Energy, it’s likely we’ll see them do the same in the near future with other flavors they’ve already licensed, such as Welch’s Grape, Swedish Fish, and Sonic Cherry Limeade.

In both the supplement and energy drink space, right now, Ghost are the kings of flavor licensing.

Related Topics:Ghost News
Up Next